Now there’s a new fish in the pond and it’s both cheaper, and more powerful. The new MinnowBoard MAX is a developer board powered by an Intel Atom E38xx series 64-bit x86 processor and it has a starting price of $99.

The MinnowBoard Max should be available starting in June. 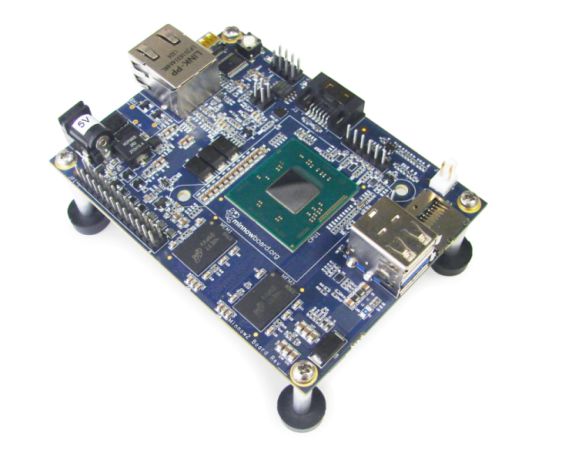 These chips are aimed at the embedded market and designed for applications such as digital signgage, ATMs, or point-of-sales systems. But the chip is based on the same Silvermont technology as Intel’s Bay Trail processors for low-power tablets and notebooks.

Developers can use the MinnowBoard Max for projects involving Android 4.4, Debian Linux, or other operating systems and support for the Yocto Project.

The board features HDMI, USB 3.0, USB 2.0, and Ethernet ports, 8MB of system memory for firmware, and a microSD card slot for removable storage. There are also GPIO pins and other developer-friendly features for debugging and connecting peripherals.

The MinnowBoard isn’t designed to compete with consumer-centric mini computers like an Intel NUC or Gigabyte BRIX system. But it’s an interesting option for folks looking for an x86 alternative to a Raspberry Pi or other low-cost, low-power ARM-based single board computer.