Minix has introduced a series of new Android TV boxes, including the company’s first model with a Rockchip RK3188 quad-core processor. While there are plenty of companies offering small Android-powered devices that let you run apps on a TV, Minix has made a bit of a name for itself thanks to the decent build quality, performance, and WiFi reception of devices like the Minix Neo G4 TV stick and Neo X5 box.

Now the company is offering a few new models in the X5 family, as well as a more basic model called the X3 and its most powerful model to date, the Minix Neo X7. 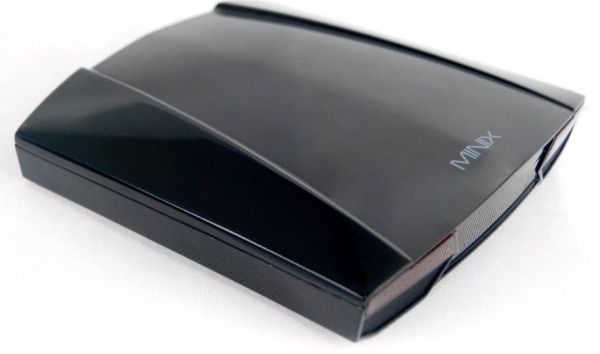 Unlike some devices designed to bring Android to your TV, there’s no mistaking the Minix Neo X7 for a USB flash drive. It looks more like a modem or a small cable box. 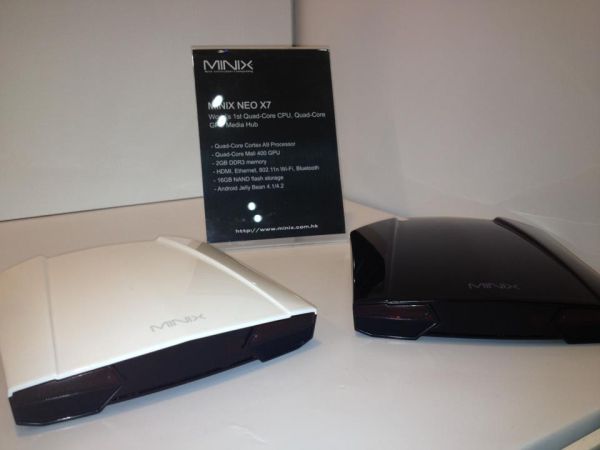 But that means there’s plenty of room for things like HDMI and Ethernet ports as well as built-in WiFi and Bluetooth.

The Minix Neo X5 has been around for a while, offering a small box with a Rockchip RK3066 dual-core processor, Mali 400 quad-core graphics, 16GB of storage, and 1GB of RAM. 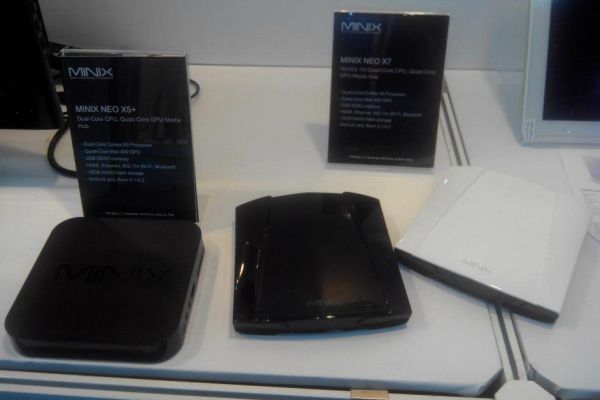 Minix is now introducing an upgraded model called the Neo X5+ that features 2GB of RAM. The rest of the specs seem to have stayed the same, including support for Android 4.1 and 4.2, WiFi, Bluetooth, HDMI, and Ethernet.

Don’t plan to use your device to store music, videos, or games? Then you might not need 16GB of storage. 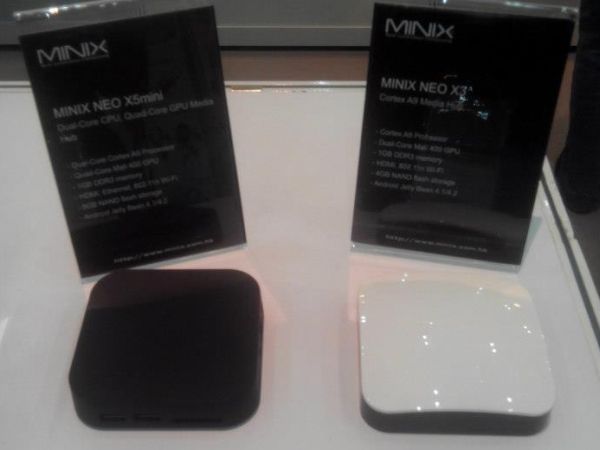 The Minix Neo X5mini has the same basic specs as the other models in this series, but ships with 1GB of RAM and 8GB of storage. It also lacks Bluetooth, but still supports WiFi, Ethernet, and HDMI.

This model may look a lot like the X5 series, but it has an Amlogic 8726-M3 single core ARM Cortex-A9 processor and ARM Mali 400 dual core graphics.

It’ll probably sell for a lower price than the X5 or X7 models, and has just 1GB of RAM and 4GB of storage.

The Minix Neo X3 supports Android 4.1 and Android 4.2 and has built-in 802.11n WiFi, but there’s no mention on the spec sheet of Bluetooth or Ethernet.

Geekbuying reports that the Neo X7 should be available in July, while the X3, X5mini, and X5+ should ship in May. Prices haven’t been announced yet.