The Minix NEOG G4 is a USB thumb drive-sized computer with a Rockchip RK3066 dual core processor, 1GB of RAM, 8GB of storage, and Android 4.0 software. An Android 4.1 update is in the works.

DealExtreme is now selling the NEO G4 for a little over $76, with free shipping included. 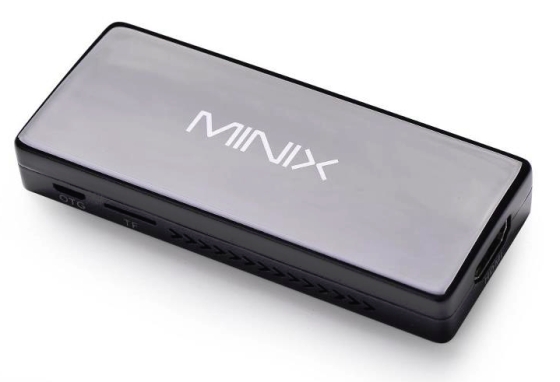 Like the UG802 and a number of other Android mini PCs, the NEO G4 features HDMI and USB ports for connecting a monitor or TV and a keyboard, mouse, or other peripherals. In other words, you can plug in a display and input device and use it like a cheap, tiny desktop computer.

While the specs don’t look all that unusual, the NEO G4 gets a pretty strong recommendation from zulu99, the developer of the Droidmote software that lets use an Android phone or tablet to remote control another device (in other words, you can use your phone to control the NEGO G4 or other Android mini PCs).

Zulu’s tested at least as many mini PCs as I have in the past few months, and he says this is one of the fastest and best built, with strong WiFi performance and low heat output.

Unfortunately since this device has a Rockchip processor there’s currently no support for Linux or other non-Android operating systems.

You can check out a few hands-on videos from Zulu99 below.