It’s called the Minix Neo J50C-4 and it should be on display at the IFA show in Berlin this week, before making its way to stores later this year. 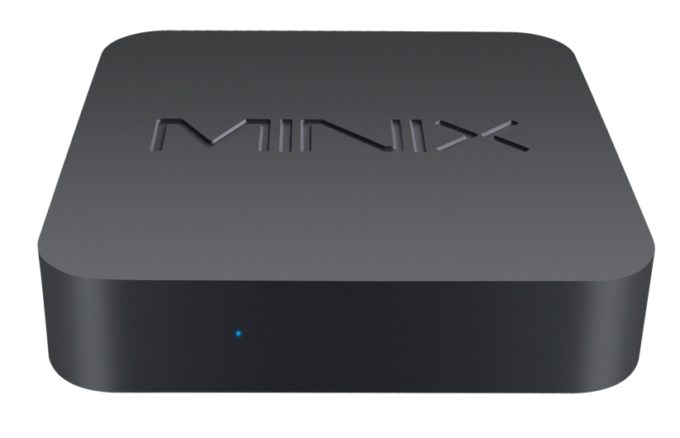 Under the hood, it’s powered by a Pentium Silver J5005 chip, which is a 10 watt, quad-core processor with Intel UHD 605 graphics. It’s the most powerful “Gemini Lake” chip Intel has released to date… although that’s all relative, since Gemini Lake chips emphasize low cost and low power consumption over bleeding edge performance.

Minix says the computer can support up to three 4K 60 Hz displays at once if you connect one to the computer’s USB Type-C port, one to its mini DisplayPort, and one to its HDMI 2.0 port.

Other ports include a 3.5mm headset jack, an optical S/PDIF port, and three USB 3.0 Type-A ports. There’s also a gigabit Ethernet jack and the computer supports 802.11ac WiFi and Bluetooth 4.1.

Minix is also introducing a new multimedia remote with a $35 backlit QWERTY keyboard called the Minix Neo W2. It can be used with the Minix Neo J50C-4 or any other Windows computer thanks to a small USB receiver.