Chinese PC maker MINISFORUM is taking pre-orders for two new mini desktop computers powered by Intel chips that are a little bit old, but which still offer decent bang for the buck. 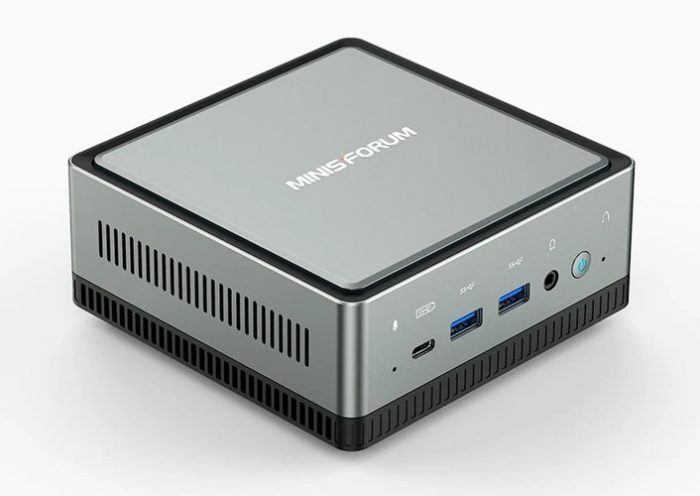 Both systems are 5″ x 5″ x 2.1″ computers with support for up to three displays, up to three storage devices, and up to 32GB of DDR4 dual channel memory. And both ship with Windows 10 Pro.

Despite having an older processor and a lower price tag, I think the MINISFORUM U820 is probably the better value for most use cases. It has a more powerful processor that’s from the same series as the Core i7-8559U chip featured in the Intel Bean Canyon NUC I reviewed a few years ago.

The 28 watt Coffee Lake-U processor features Intel Iris Plus 655 graphics while the U850 model has a newer chip with Intel UHD graphics and a lower TDP which, I suppose, could make it a little more energy efficient if that’s your priority.

Under the hood both models have an M.2 2280 slot for solid state storage and two drive bays for 2.5 inch hard drives or SSDs. There’s also an M.2 2230 slot populated by a WiFi & Bluetooth card and a fan that provides active cooling.

The computers also have a digital microphone that you can use for the Cortana voice assistant or to make voice over IP calls without plugging in a webcam or mic.