Basically the little computer packs the guts of a decent mid-range laptop into a desktop that measures 5.9″ x 5.9″ x 2.2″ and which is a bit easier to upgrade thanks to user-accessible storage: there’s room for a PCIe NVMe SSD and up to two 2.5 inch hard drives or SSDs.

The TL50 went up for pre-order in Japan in April through through crowdfunding site Makuake and now it’s available for pre-order globally from the MINISFORUM website, with orders expected to ship to customers in July. 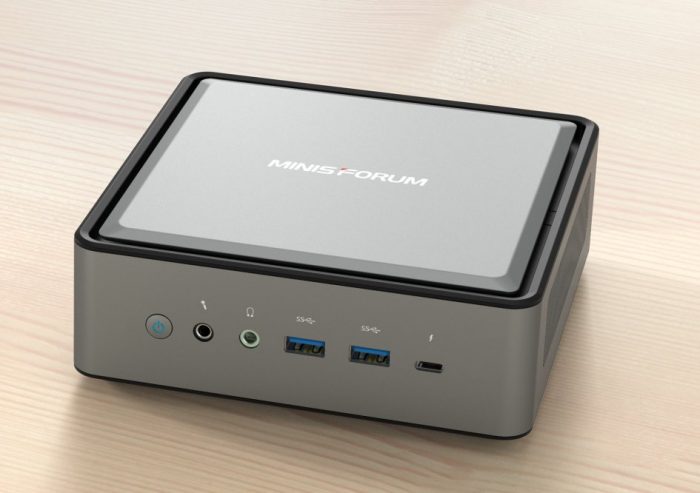 If the MINISFORUM TL50 looks familiar, that’s probably because the company has used an identical chassis for other mini PCs in the past. For example, the MINISFORUM HM50 has the same case, but houses an AMD Ryzen 5 4500U processor rather than an Intel chip.

The new model does have a few perks though. In addition to the more powerful Intel Iris graphics, the system also has a Thunderbolt 4 port and PCIe 4.0. And while MINISFORUM is initially describing the system as featuring LPDDR4-3200 memory and WiFi 6, the company is showing possible stretch goals or upgrade options for LPDDR4-3733 memory and a wireless card with WiFi 6.

The computer packs a lot of ports into a small space, including:

While there’s no news about pricing or availability outside of Japan, it’s likely that the MINISFORUM TL50 will eventually be sold internationally, as the company has a history of making its products available globally.