Chinese PC maker MINISFORUM’s line of compact desktop computers range from low-cost systems meant for basic home or office use to higher-spec models that could be used for gaming or content creation, among other things.

But the upcoming MINISFORUM Mars MC560 is something a little different. Like many of the company’s little computers, it packs the guts of a decent laptop into a small desktop computer. But this model is designed for video conferencing and has a built-in webcam, stereo speakers, and dual microphones. 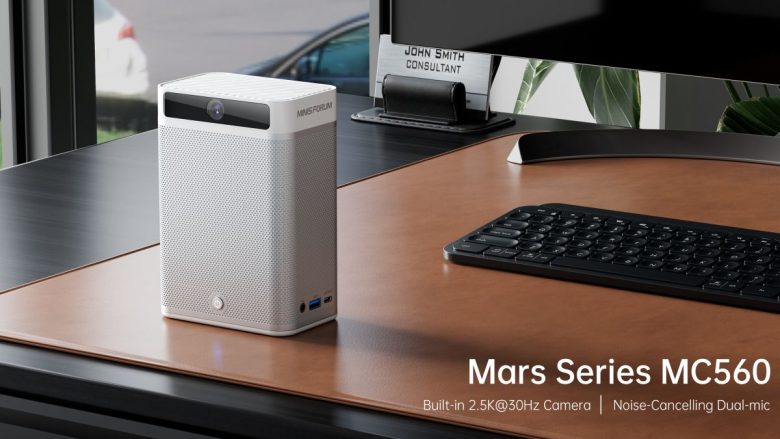 The computer measures 4.2″ x 2.7″ across and 6″ high. That makes it taller than many computers that fall in the mini PC category, but the extra height gives the system room for features like those integrated stereo speakers. It also helps lift the webcam a bit.

That webcam is a 2.5K webcam with HDR support and a 93.8 degree field of view. MINISFORUM’s press release also mentions “10° tilt change,” although the company doesn’t explain whether the camera itself can tilt or if this is accomplished by cropping the picture.

While MINISFORUM says the camera is better than what you’ll find on many laptops, it can only capture 2.5K video at up to 30 frames per second. So if you want 4K and/or 60fps or higher, then you might still be better off buying a different computer and plugging in a third-party webcam and speakers.

Still, there’s something kind of nifty about having everything built in. 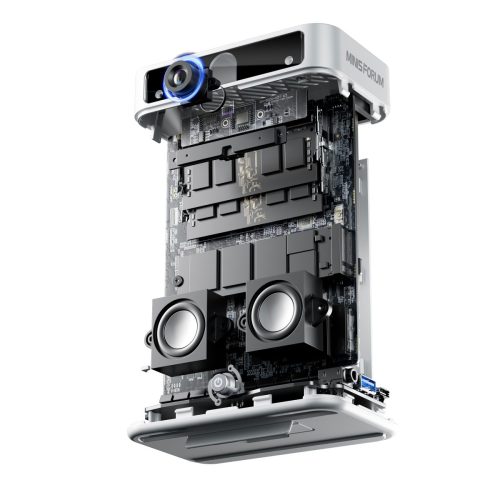 MINISFORUM says the computer has two microphones with support for beam-forming technology that allows them to pick up audio from pretty much anything in front of the computer while applying noise reduction to emphasize speech.

The computer is powered by a 15-watt AMD Ryzen 5 5600U 6-core, 12-thread processor with Radeon RX Vega 7 graphics and MINISFORUM says you can connect up to two 4K displays to the computer. 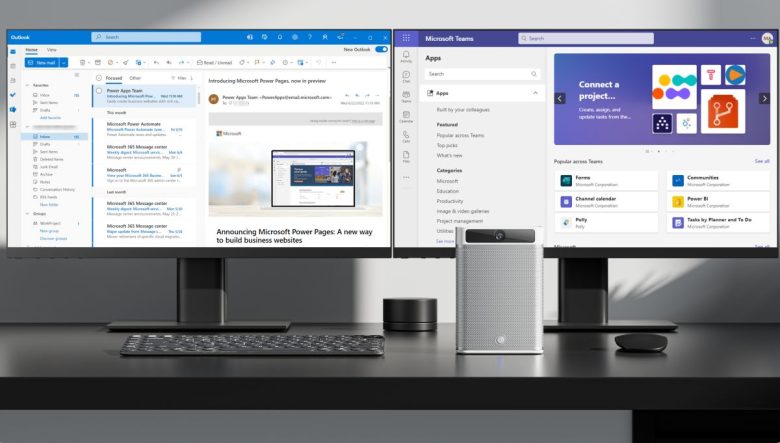 There are two SODIMM slots with support for up to 64GB of DDR4-3200 memory, an M.2 slot with support for PCIe 3.0 NVMe SSD storage, WiFi 6E and Bluetooth 5.2 support, and a set of ports on the back and sides including: