The MINISFORUM Neptune HX99G is a small desktop computer with an AMD Ryzen 9 6900HX processor with Zen 3+ CPU cores, Radeon RX 6600M discrete graphics based on RDNA 2 architecture, and support for up to 64GB of RAM.

First unveiled in November, the HX99G is now available for pre-order for $839 and up and it’s expected to begin shipping at the end of February. 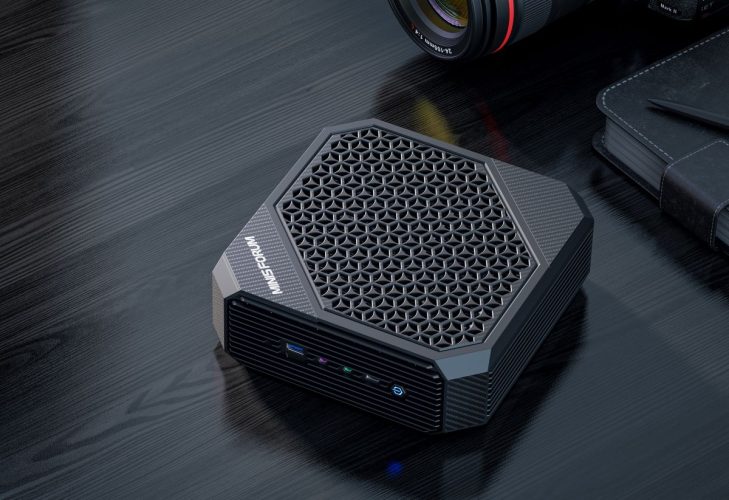 Under the hood, it’s powered by a 45-watt, 8-core, 16-thread processor and a 100-watt discrete CPU with 28 compute units, 1792 stream processors and 8GB of GDDR6 memory. In other words, it’s a mini desktop computer with the guts of a premium gaming laptop or mobile workstation-class computer.

MINISFORUM says the system can be used to drive up to four 4K displays, play modern PC games, or other tasks. It has two SODIMM slots for up to 64GB of total DDR5-4800 dual-channel memory and two M.2 2280 slots with support for up to PCIe 4.0 solid state storage. 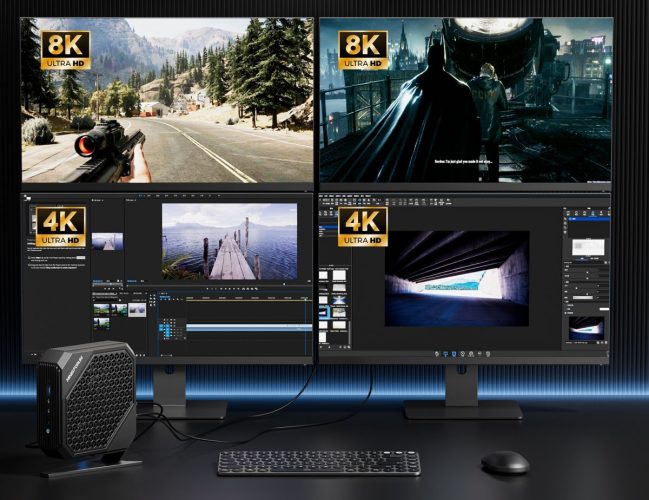 The computer weighs about 2.7 pounds and should be small enough to mount to the back of a display. The system is kept from overheating by a cooling system that includes dual fans, 7 heat pipes, and liquid metal. And the computer’s chassis is covered with a material that MINISFORUM says is 70% carbon fiber and 30% resin… although it’s unclear just how much of the computer’s case is actually made with this material, as some parts are described as “carbon fiber reinforced plastic.”

The $839 starting price is for a barebones model that comes with a processor and graphics but no memory, storage, or operating system. Prices start at $979 for an HX99G that comes with 16GB of RAM, a 512GB SSD and Windows 11 Pro pre-installed, although the company says the computer should also be able to run Ubuntu and other GNU/Linux distributions.