MINISFORUM has been on a tear this fall, releasing a series of compact desktop computers in rapid succession, including a model with discrete graphics, one with an Intel Ice Lake processor, and another with up to an AMD Ryzen 7 4750G processor.

It’s expected to have a retail price of $569 and up, but you can save $30 by pre-ordering during a crowdfunding campaign at the MINISFORUM website. The computer is expected to ship in December. 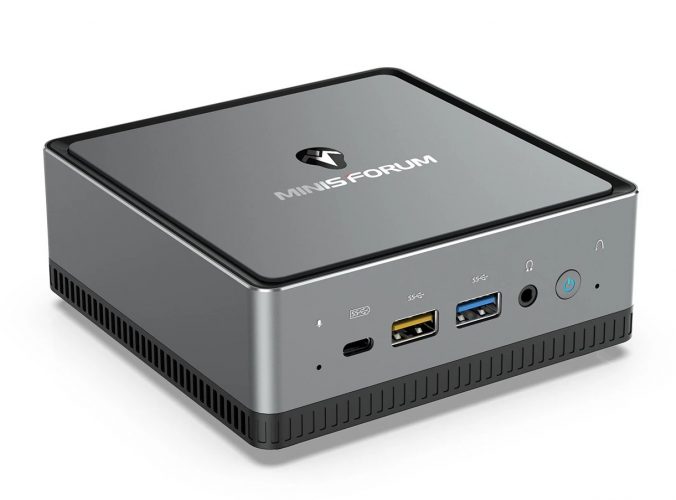 The computer can handle up to three 4K displays running at 60 Hz, thanks to HDMI 2.0. DisplayPort, and USB-C ports.

Under the hood there’s room for a 2.5 inch hard drive or SSD as well as an M.2 2280 slot for a solid state drive. And there are two SODIMM slots for DDR4 memory.

MINISFORUM equips the system with at least 8GB of RAM and 128GB of storage, but you can also customize your order to feature up to 16GB of memory and a 512GB SSD.

The company describes its latest computer an upgraded version of the DMAF5 which launched earlier this year. That model had a similar design, but featured a less powerful Ryzen 5 3550H processor.