The MINISFORUM EliteMini HX90G is a compact desktop computer with the specs of a decent gaming laptop. Measuring 205 x 203 x 69mm (8.1″ x 8″ x 2.7″), the computer is smaller than some game consoles, but it should have enough horsepower under the hood to offer 60 fps gaming for many modern titles.

MINISFORUM plans to begin shipping the HX90G to customers in mid-November, but you can pre-order one now for $799 and up. 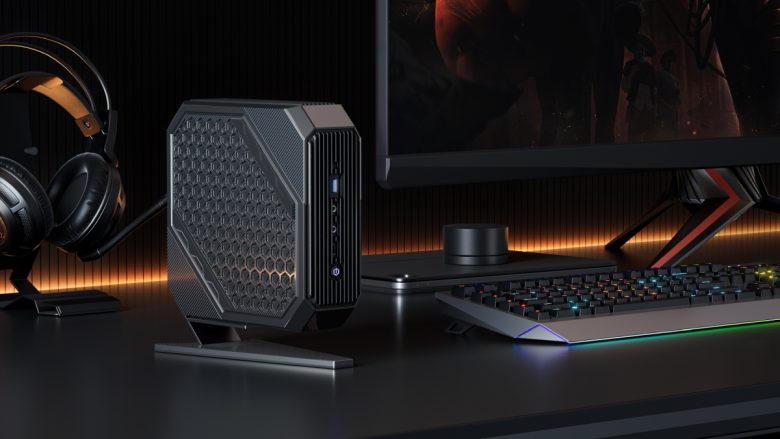 The computer is powered by a 45-watt AMD Ryzen 9 5900HX processor, which is an 8-core, 16-thread mobile processor with a 45W default TDP and support for speeds up to 4.6 GHz. The HX90G also features an AMD Radeon RX 6600M mobile GPU, which is a 7nm chip with RDNA 2 graphics and 8GB of GDDR6 memory.

The $799 starting price is for a barebones model, which means you’ll need to supply your own memory, storage, and operating system, but you can also pay extra for a model that ships with Windows 11 Pro as well as RAM and an SSD. Pre-order prices range from $909 for a 16GB/512GB configuration to $1079 for a 64GB/512GB model.

All of those prices also represent pre-order discounts. Expect to pay more when the computer is generally available.

The MINISFORUM EliteMini HX90G supports up to four 4K displays thanks to two DisplayPort and two HDMI ports. Other ports include: 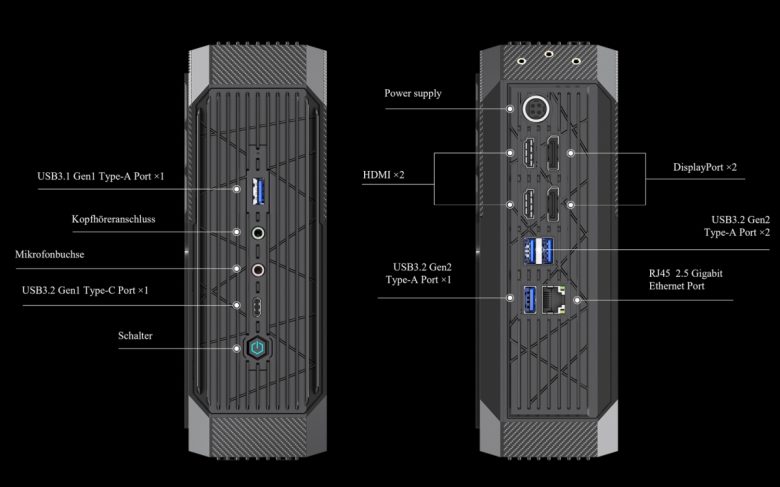 There’s also a cooling system that includes liquid metal, 7 heat pipes, and dual fans. And the chassis is made from a combination of carbon fiber-reinforced plastic and resin.

MINISFORUM ships the computer with a 19V power adapter, an HDMI cable, a base that you can use to stand the computer up on its side, and mounting screws.

MINISFORUM teased the EliteMini HX90G earlier this year, but it seems like the computer has gotten a bit of a spec change since then, as it will ship with AMD’s Radeon 6600M GPU rather than the Radeon 6650M graphics that the company had originally planned to use.