MINISFORUM is now taking pre-orders for the little computer for $479 and up. 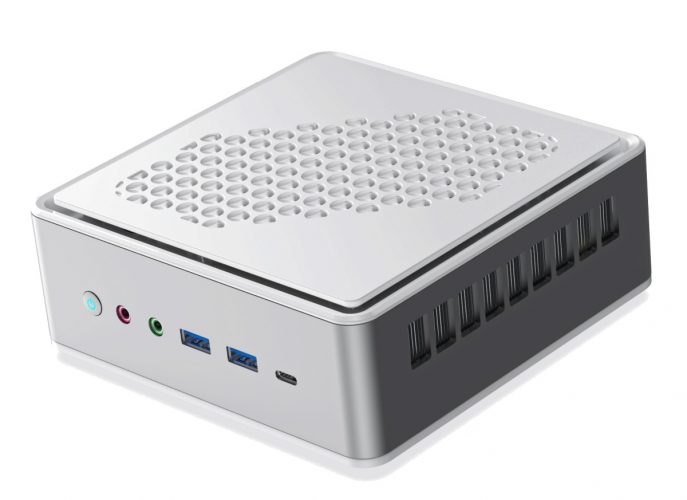 The starting price will get you a barebones system with an AMD Ryzen 5 4600H processor and no memory, storage or operating system – you have to supply your own. But you can upgrade to a Ryzen 9 4900H chip for just $20 more during pre-orders.

If you don’t want to hassle with adding your own memory and storage, you can also pay extra to get a system configured with up to 32GB DDR4 RAM and 512GB of PCIe 3.0 solid state storage. These models will also come with Windows 10 Pro pre-installed.

The MINISFORUM EliteMini HM90 also features support for up to three displays thanks to HDMI, DisplayPort, and USB 3.0 Type-C ports, all capable of driving 4K displays at 60 Hz. Other ports include:

Other features include support for WiFi 6 and Bluetooth 5.1 and a cooling system that the company says includes a “breathable mesh” design that allows air to be drawn in through the top of the chassis and pushed out through the sides.

MINISFORUM also says it applies liquid metal to the CPU to enhance cooling… a claim that caused a bit of controversy when the company made it for the pricier, higher-performance EliteMini HX90 earlier this year. But while early reviews suggested sloppy application of liquid metal on the HX90, if it could be found at all, MINISFORUM sent out newer units to reviewers which do in fact seem to have liquid metal applied properly… even if it’s not entirely clear how much benefit you’ll get from it in a relatively low-power PC with a laptop-class processor.