Miniand is selling a new PC-on-a-stick called the MK803. It’s about the size of a chunky USB flash drive (or the MK802, UG802, or other Android mini PCs). But it’s a fully functional little computer with a processor, storage, and memory.

This particular model features an Amlogic AML8726-M3 processor and ships with Android 4.0 Ice Cream Sandwich software. But the folks at Miniand are hopeful that they’ll be able to get a desktop Linux operating system up and running on the device. 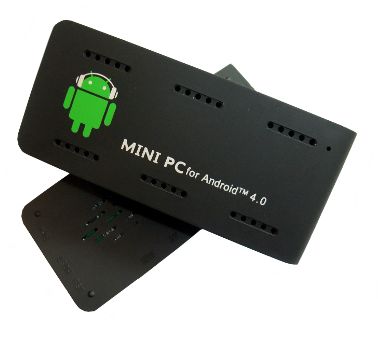 Miniand has a bit of experience in that area. The site was one of the first to post builds of Ubuntu Linux for the MK802 mini PC.

But the MK803 has a faster 1.5 GHz ARM Cortex-A9 processor and should offer better overall performance than the MK802.

The device also features 1GB of RAM, 4GB of flash storage, a microSD card slot, USB 2.0 port, and HDMI output. It has built-in 802.11b/g WiFi and can connect to a wired network using an Ethernet to USB adapter.

The MK803 is available from the Miniand store for $79.

Note that there are a number of other folks selling similar devices called the MK803 at lower prices. But make sure to check the specs. Many have different processors than Miniand’s MK803.