It doesn’t take much to build a usable computer these days. Android and other light-weight operating systems can run on devices with relatively low-power processors and a little RAM and storage. And that means you can get a machine that lets you surf the web, edit documents, play games, or stream internet video for $100 or less.

We’ve seen an awful lot of these machines in the past year, ranging from the Linux-powered Raspberry Pi to Chinese TV sticks like the MK802.

Now a group called ZeroDesktop wants to offer a $99 mini-computer called the MiiPC. It looks like a tiny desktop computer (because that’s what it is), and ZeroDesktop is positioning it as a PC for kids. 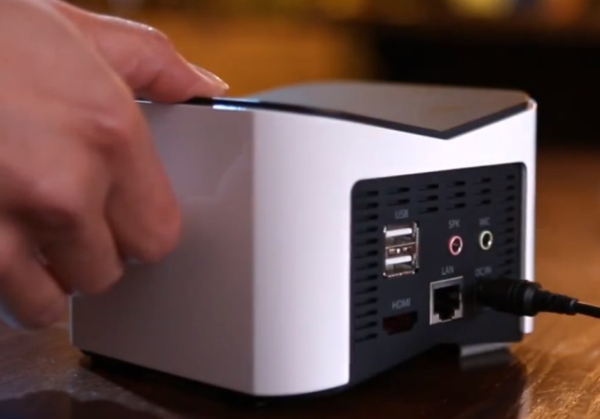 The group is running a Kickstarter campaign to raise at least $50,000 to finish the project.

Right now there’s a working prototype of a MiiPC mini-computer, but the team still needs to finalize the software/

The idea is to provide both a little computer and a companion mobile app for parents. Connect a keyboard, mouse, and monitor and the MiiPC basically functions as an Android-powered computer. It supports multiple user accounts, internet video, and should come with bundled apps including Kingsoft Office and Splashtop2.

Use the mobile app and you can block your kid’s access to certain apps or websites and even monitor exactly what they’re doing in real-time.

The MiiPC isn’t the most powerful mini-PC. But it should have enough oomph for most basic tasks thanks to a 1.2 GHz Marvell Armada dual-core ARMv7 processor and 1GB of RAM.

The machine also has 4GB of built-in storage, an SD card slot for extra storage, and built-in 802.11n WiFi and Bluetooth 4.0.

It has 2 USB 2.0 ports, speaker and mic jacks, and HDMI and Ethernet ports.