Need a cheap MP3 player? It doesn’t get much cheaper than the Simplicity Fashion Pocket MP3 Player, which is available from Gearbest for $1.51. That price includes free shipping to the US. Seriously.

I recently picked up four different cheap MP3 players from Gearbest for a project I’m working on, and I’m glad I did because it turns out that some are better than others. But the Simplicity Fashion model is by far my favorite. 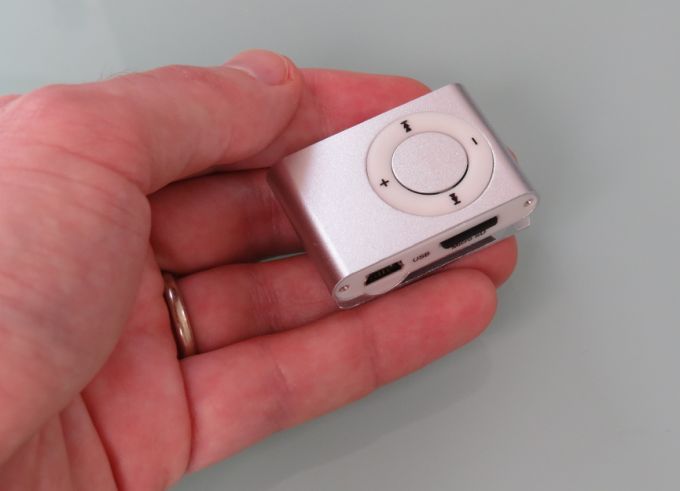 Keep in mind that the price doesn’t include silly things like a microSD card, headphones, or mini USB cable, all of which you’ll need. But if you’ve already got those, this thing is really just a buck and a half. If you don’t, you can probably pick up some accessories. for a few bucks more.

This little MP3 player doesn’t have a screen, and it doesn’t have any built-in storage. But it can read microSD cards up to 16GB and should get up to 3 hours of battery life from its 90 mAh rechargeable battery.

All you need to do is copy some music (or other audio) to the SD card and turn on the device to start listening. The body is plastic, but it’s protected by a metal frame and has a sturdy metal clip that you can use to attach the MP3 player to clothing. And the buttons feel reasonably responsive and sturdy (at least considering the price range).

That’s not something I could say about the other MP3 players I ordered from Gearbest to test. The Simplicity Fashion model had the best audio quality and the sturdiest build quality. 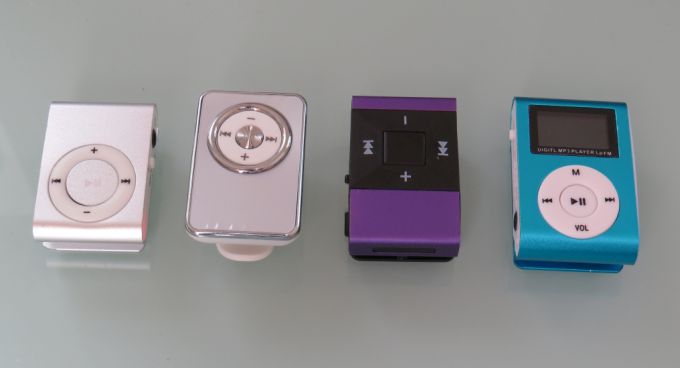 What it lacks are any advanced features. It supports play, pause, volume, fast forward, rewind, and skip track… and that’s about it.

As far as I can tell, tracks are played in alphanumeric order. And if you turn off the device and turn it on again the MP3 player will start playing the last track you were listening to from the beginning. For example, if you’ve got a 10-song album on the audio player and you were halfway through track 5 when you turned off the device, it’ll start playing track 5 from the beginning when you turn it back on.

In other words, you can listen to any type of audio, but this MP3 player is probably better suited to music than audiobooks or podcasts since it won’t save your place in long audio files.

There’s no shuffle option, but you can press-and-hold the play button to enter repeat mode. When the track you’re listening to ends, it will start again… and again. You can go back to normal playback mode by long-pressing the center button again.

If you plug it into a computer with a mini USB cable it becomes a microSD card reader, whether the power switch is turned to the on or off position. But it’s a pretty slow card reader so I’d recommend using an external card reader if you plan to transfer a lot of data.

I bought the silver model, but the MP3 player is also available in red, blue, green, and black color options.

I’ll probably keep using my smartphone for most of my music listening needs (since it works with Bluetooth headphones, stores a lot more data, and, you know, has a screen). But this little MP3 player is perfect for what I bought it for: it’ll be used as part of a multimedia gallery show where visitors can use the MP3 players to listen to audio interviews while viewing visuals at various stations in the exhibit space.

You could also probably use the Simplicity Fashion Pocket MP3 Player while running or at the gym since it’s small enough not to get in the way of your workout and cheap enough that you won’t worry too much about it getting lost or stolen.

The most expensive model I tested was a $3.75 MP3 player that has a tiny LCD display and supports more features, but the navigation wheel start to fall off moments after I started testing the device, the user interface is confusing and difficult to navigate, and generally the sound quality isn’t as good as on the Simplicity Fashion model.

The other two cheap models I tried don’t feel as sturdy or sound as good as the Simplicity Fashion version. So I’m going to go out on a limb and say it’s probably one of the best MP3 players you’re going to find for $1.50… because seriously, it’s just $1.50. 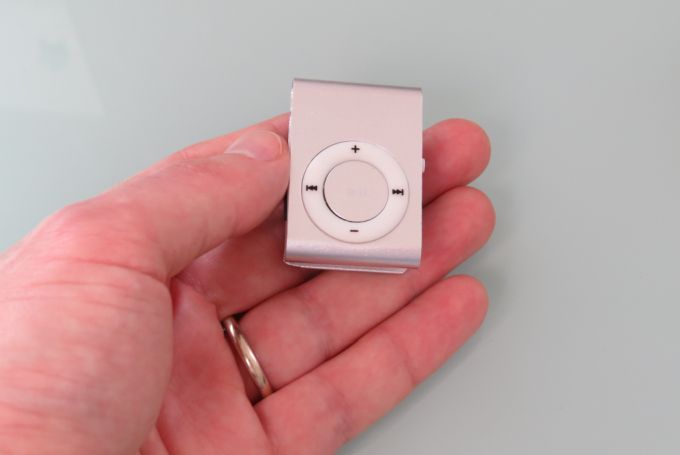