For the last few years Microsoft has divided its Surface Pro tablet lineup in half. The Surface Pro X line was powered by ARM-based chips from Qualcomm while the Surface Pro (standard) models featured Intel processors.

This fall Microsoft is shaking things up with the new Microsoft Surface Pro 9 which is available with Intel or ARM processor options. Prices start at $1000 for a model with an Intel Core i5-1235U processor or $1300 for a 5G version with a Microsoft SQ3 processor (based on Qualcomm’s Snapdragon 8CX Gen 3). 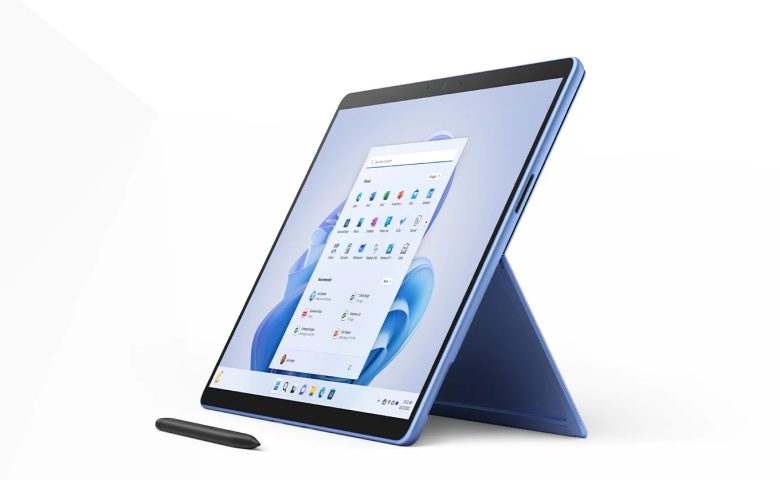 That’s not to say that the processors are the only differences between the two versions of the tablet. While they look nearly identical thanks to nearly identical screens, bodies, and accessory support (including a Surface Pen and detachable keyboard covers), there are some pros and cons to each processor.

For example the model with the ARM-based Microsoft SQ3 chip supports 4G and 5G wireless networks and gets up to 25% longer battery life. But it has LPDDR4x RAM instead of LPDDR5, tops out at 16GB of memory instead of 32GB. And the Intel-powered models have Thunderbolt 4 ports, while the ARM version tops out at USB 3.2 speeds.

While that model does have a dedicated neural processing unit that brings support for real-time camera effects including background blur and eye contact, and Qualcomm says its 3rd-gen Snapdragon 8cx chip is much faster than the 2nd-gen, it’s likely that you’ll trade at least a bit of performance for longer battery life and increased connectivity if you opt for the ARM model.