One of the coolest new features in Windows 10 Mobile is Continuum for phone, which lets you connect some phones to an external display, keyboard, and mouse and use your mobile device like a desktop PC. But Continuum for phone is pretty limited: it only works on a handful of phones (including the Lumia 950, Lumia 950 XL, and Acer Jade Primo), and only works with Universal Windows apps that run in full screen mode.

But now there’s a way to use Win32-style apps, complete with multi-window multitasking. Well, sort of. 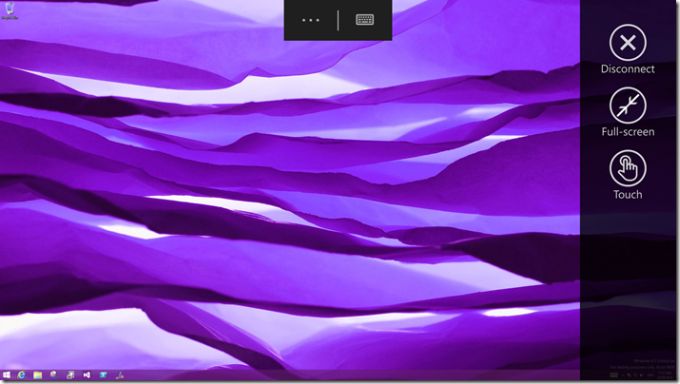 Microsoft has released a new preview of its Remote Desktop app for Windows phones. Version 844 of Remote Desktop Preview supports Windows 10 Mobile and works with Continuum for phone.

That means you can remotely login to your home, work, or other PC and control that computer from your phone. That means apps will actually be running on a full-fledged PC, while you’re simply connecting to it and controlling it over the internet. But the end result is that you can hook up your phone to an external monitor and use full-fledged desktop apps including Office, Photoshop, or just about anything else, without relying on the mobile/universal versions of those apps.

You may not need to leave your home computer running to do this: enterprise users can enable support for connections to “Remote Resources,” allowing you to access desktops or specific apps from your phone.

As ZDNet notes eventually the Remote Desktop app will also support Azure RemoteApp, which lets users run apps from a cloud server. But that feature isn’t ready just yet (and probably won’t be something most casual users can take advantage of anyway).