Microsoft knows that even if you use Windows on your PC, you probably don’t use it on your phone — the company has pretty much stopped making smartphone operating systems at this point. But odds are that you do have a phone, and so Microsoft has spent the last few years developing Android and iOS apps that let you access features like Cortana or Timeline on your phone.

Last year Microsoft also announced it was working on a feature that would let Android users mirror their phone screen on a Windows PC, allowing you to interact with Android apps, using your PC mouse and keyboard.

Now it looks like Microsoft is getting ready to roll out an early preview version this week.

Update: It’s official. Phone Screen is included in Windows 10 Insider Preview Build 18356 and should gradually roll out to Windows Insiders on 19H1 builds in the coming days.

Microsoft notes that there are a few known issues, including that touch input doesn’t work yet, Always On display content won’t be shown on the PC, and audio will be played out of a phone speaker, not the PC. 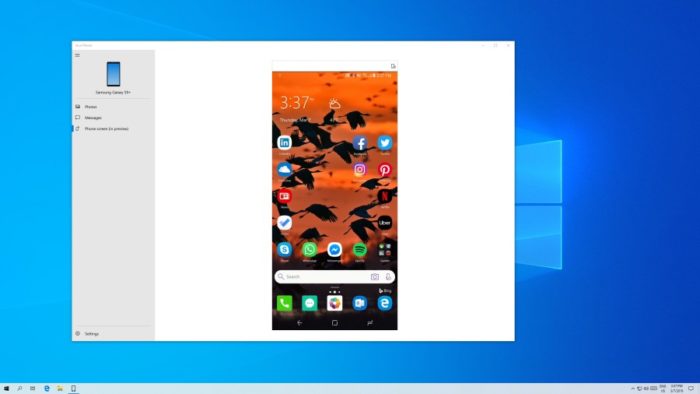 The new Phone Screen feature will be built into the existing Your Phone app for Windows 10.

So far that app has been designed to let you do things like access your phone’s photos on a PC or send and receive text messages. The update will bring screen mirroring, which means anything you see on your phone will be displayed on your PC — although I wouldn’t expect this to be a great solution for playing games or watching videos that are streaming from your phone.

That’s because Phone Screen relies on Bluetooth Low Energy, which is a lot slower than WiFi. But, as the name suggests, it also uses less power.

The down side is that both your phone and your PC will have to support Bluetooth Low Energy — and many older PCs may not. You can find instructions for checking to see if Bluetooth LE is supported in Microsoft’s support document. 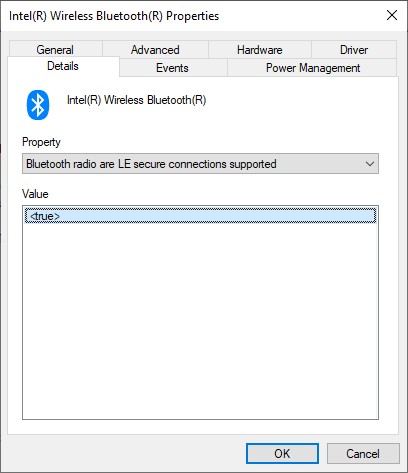 So far Microsoft says only four smartphones are officially supported:

But the company says it plans to expand the list of supported devices over time. It’s unlikely that iPhones will ever be supported though, due to differences between iOS and Android.

Meanwhile, Microsoft’s tools aren’t the only option for connecting an Android phone to a Windows PC. For example, Dell’s Mobile Connect App lets users wirelessly share photos, send text messages, and even make phone calls from their PC. Originally available exclusively on Dell computers, the app now supports most Windows 10 PCs and works with both Android and iOS — although only the Android version supports screen mirroring.

There are also a number of other free and paid apps that support Android-to-PC screen mirroring. But it’s nice to have an official option that comes from the maker of one of the operating systems in question.

via The Verge, @4ji17h, and  MSPowerUser