At launch, there are only two utilities included in the new PowerToys: a Windows key shortcut guide and “FancyZones,” which make it easy to arrange apps on your screen by dragging and dropping them to customizable zones.

But Microsoft plans to add new utilities in the future, and the company is asking for feedback on planned features at its PowerToys Backlog page on Github.

Oh yeah, PowerToys is on Github — the source code is available for folks that want to compile, debug, or contribute to the project. 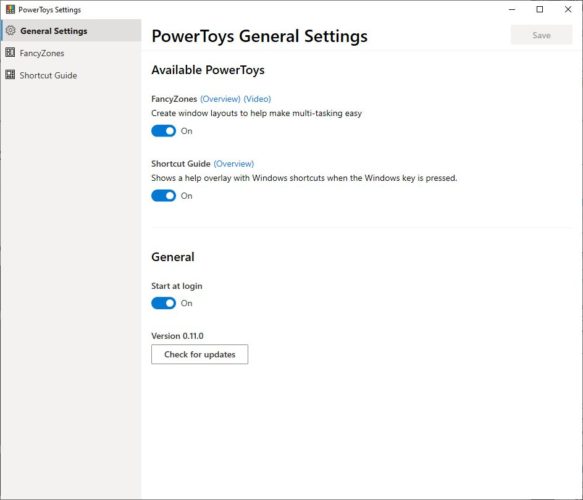 Once you’ve installed PowerToys, you’ll see a new icon in your system tray. Click it to open the PowerToys Settings, which lets you enable or disable different tools, adjust their settings, and choose whether to start PowerToys automatically when your system boots.

FancyZones lets you choose from pre-configured zones or set your own, with support for up to 40 individual zones (which seems insane). I find four is a pretty good number. 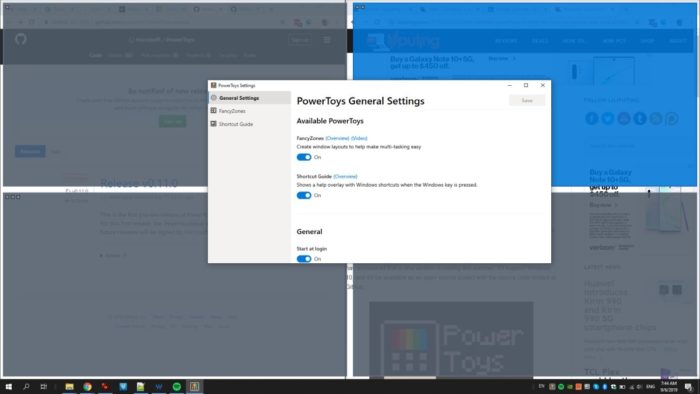 By default, you need to hold the shift key while dragging a window to see the zones and drag and drop your app into one. But you can also disable the shift requirement so that any time you move a window, you’ll see zones pop up.

The Shortcut Guide appears when you hold down the Windows key for about a second, although you can customize how long that key press needs to be. 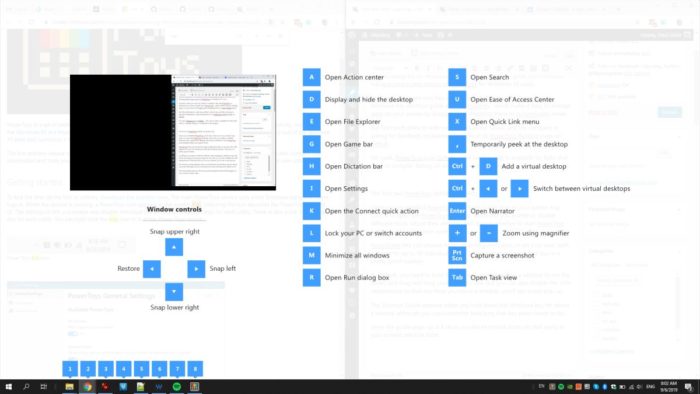 Once the guide pops up, it’ll show you the Windows keyboard shortcuts that apply to your current window state, which comes in handy whether you can’t remember that Win+E opens the File Explorer or if you’re looking for the Win+number key that will let you quickly switch between running apps based on their position on your taskbar.

Microsoft is already working on additional PowerToys utilities including a batch file renamer, a process terminate tool, and a screen recording tool that saves the output as an animated gif.

Other tools under consideration include a keyboard shortcut manager, a battery tracker, and a quick resolution switcher that would be available from the taskbar.