Microsoft plans to launch Windows 10 in the summer of 2015. The company has been offering free public previews of the operating system since last fall, but the full version of Windows 10 will launch in 190 countries with support for 111 images this summer.

At that time we’ll probably start to see laptops, tablets, desktops, and phones shipping with Windows 10 software. The operating system will also be available as a free upgrade for anyone running Windows 7 or later — even some folks who are running pirated versions of those operating systems. 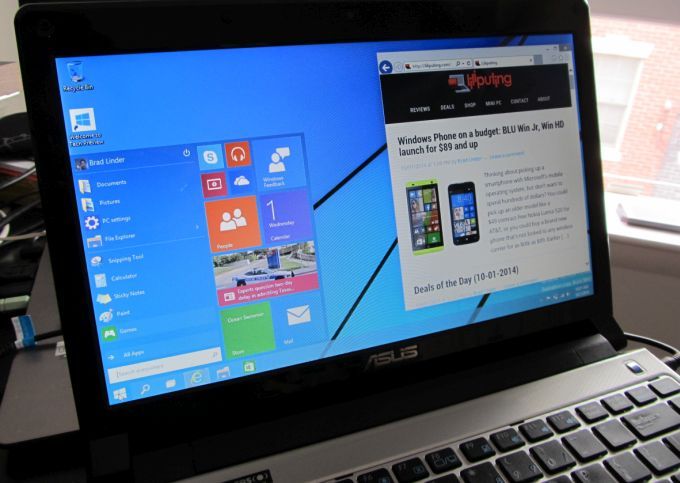 In an interview with Reuters, Microsoft’s Terry Myserson says the upgrade will be available for “all qualified PCs, genuine and non-genuine.” In other words, even if you have an unlicensed copy of Windows, you’ll be able to upgrade .

The announcement came on the same day that Myerson spoke about the Windows 10 launch at an event in Shenzhen, China. Pirated software is extraordinarily common in China and this move could be a way to get people interested in running Microsoft software onboard with official builds of the operating system. While that won’t turn them into paying customers, it does cut down on piracy and ensure that users get the same software experience no matter where they are… and that software experience feature tight integration with Microsoft services such as Bing Search, OneDrive cloud storage, and the Windows Store which could open up new revenue streams for Microsoft in markets such as China.

It’s not clear if the free upgrades for non-genuine versions of Windows will be available outside of China.

Update: The free upgrade will be available for just about anyone running Windows 7 or later, whether they have a valid license key or not and whether they live in China or not. But updating to Windows 10 won’t change your license status: if you had a “non-genuine” version of Windows before upgrading to Windows 10 you’ll still have a “non-genuine” operating system after the upgrade.

Windows 10 is designed to run across a range of devices including phones, tablets, and traditional PCs such as desktop and laptop computers. It brings a Start Menu back to desktop mode, adds a feature called Continuum which allows 2-in-1 devices to seamlessly transition between desktop and tablet user interfaces depending on whether a keyboard is attached, and supports Universal Windows apps which can run across a range of devices including Xbox One game consoles.