Windows 10 S as it exists today is basically a streamlined version of Windows 10 Pro that offers features such as Bitlocker disk encryption and shared PC configuration, but which lacks the ability to run apps that aren’t downloaded from the Microsoft Store.

That’s why when you opt to switch from Windows 10 S to a full version of Windows, you end up with Windows 10 Pro rather than Home.

But starting next  month, Microsoft might offer multiple versions of Windows 10 S, because rather than offering it as a distinct operating system, it’ll be an optional “mode” that schools, businesses, or individuals can choose. 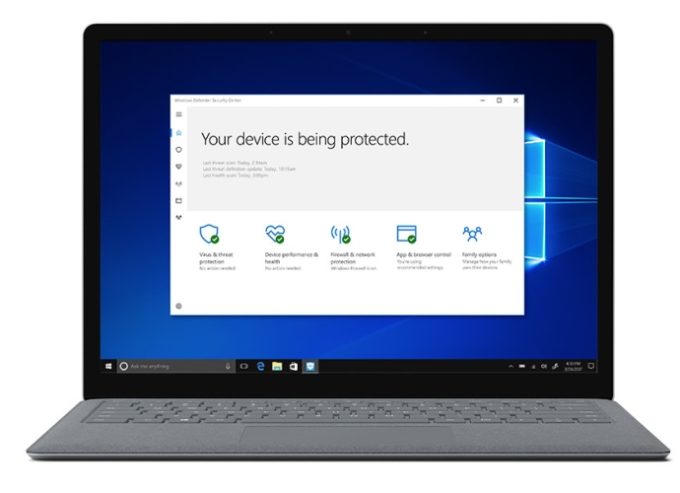 Details are scarce at the moment, but Microsoft’s Joe Belfiore confirmed on Twitter that “next year 10s will be a ‘mode’ of existing versions, not a distinct version” of Windows 10.

Update: In a blog post, Belfiore explains that Windows 10 S Mode will be available starting with the “next update to Windows 10, coming soon.” That probably means the Redstone 4/Spring Update release that should be coming in April.

Belfiore’s comment basically confirms a report from Thurrott.com in February that suggested “Windows 10 S is dead, it’s now Window 10 S mode,” and that “each version will have an S Mode.”

That report suggested the change could take effect starting in April or May, while Belfiore says “next year.” But maybe he means next school year or next fiscal year, in which case we might not have to wait until 2019 to see Windows 10 S become a “mode” rather than a distinct operating system.

While the primary difference between Windows 10 S and other versions of Windows 10 is that the S version restricts users from downloading apps that aren’t in the Microsoft Store, there are a few other differences as well. Among other things, it doesn’t support the Windows Subsystem for Linux, doesn’t have the same level of compatibility with third-party peripherals, and doesn’t allow users to change the default search engine or web browser (for Bing and Edge).

In other words, it’s a more restrictive experience. On the one hand, that could be frustrating for long-time Windows users that want more freedom over the software running on their PCs. On the other, it could help provide better security, stability, and simpler management for a group of computers, which is why Windows 10 S was initially targeted toward the education market, where it would compete with Google’s Chrome OS.

It’s also worth noting that a number of entry-level laptops with Chromebook-like hardware have begun shipping with Windows 10 S, but users have the option of switching to Windows 10 Pro for free… for the time being. .

Update: In Belfiore’s blog post, he explains that switching from Windows 10 S Mode to Windows 10 Home, Pro, or Enterprise will be free of charge.

It’s unclear if that will be the price to upgrade from all Windows 10 S Mode versions of the operating system in the future, or if that’s just the price for switching from Windows 10 S to Pro (maybe switching to Windows 10 Home will be cheaper?)

Meanwhile, the first Windows 10 computers with ARM-based chips are also set to ship in the coming months, and while the HP Envy x2, Asus NovaGo, and Lenovo Miix 630 will all ship with Windows 10 S, they’ll also all allow users to switch to Windows 10 Pro if they’d prefer to be able to run apps from third-party sources, change the default browser, or make other changes.

But Windows on ARM has its own set of restrictions, which means that some third-party software may not run on those devices.