The idea behind Microsoft’s Xbox cloud gaming service is that you can stream games from the internet, allowing you to play Xbox titles without, you know, an Xbox game console.

Up until recently that’s meant you could stream games to an Android phone or tablet. But in April Microsoft began rolling out a web app that could be used to stream games to PCs, iPhones, and iPads. Microsoft says the web interface will be available for all Xbox Game Pass Ultimate subscribers via the Edge, Chrome, or Safari web browsers in the coming weeks.

So what’s next? TVs. 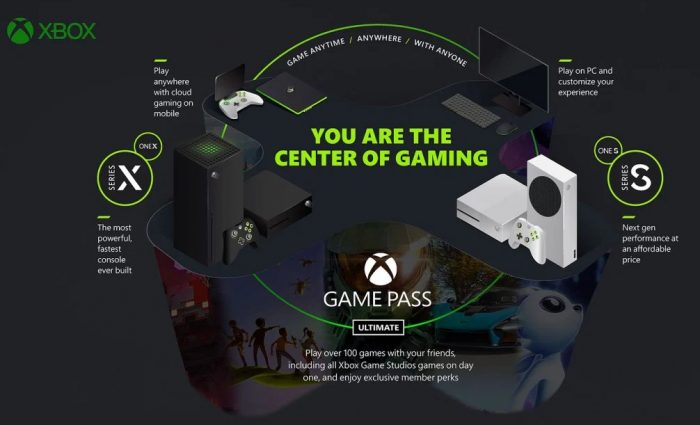 Microsoft says it’s partnering with TV makers to “embed the Xbox experience directly into internet-controlled televisions,” which means that soon you may be able to pair a Bluetooth controller with your smart TV to play console-quality video games without paying for a console.

Don’t have a compatible smart TV? No problem. Microsoft is also “building its own streaming devices” that you’ll be able to connect to any TV the same way you can currently connect a Roku, Chromecast, Fire TV, or Apple TV device.

Note that you will need still need two things to take advantage of Xbox cloud gaming, even if you have the compatible hardware. First, you’ll need an Xbox Game Pass Ultimate subscription, which runs $15 per month and includes access to 100+ games. At the moment you can get a 3-month subscription for just $1 though.

Latency is also sometimes an issue with cloud gaming platforms, so ping times may play a factor in performance.

Microsoft has also announced that later this year it will expand Xbox Game Pass Ultimate (with cloud gaming) to more countries including Australia, Brazil, Japan, and Mexico.