Windows 10 is a single operating system with two user interfaces: one for tablets and one for desktop and laptop computers.

That makes sense, since you generally interact with those devices in different ways — but things get a bit tricky when you’re using a 2-in-1 convertible, whether that’s a tablet with a detachable keyboard (like a Microsoft Surface Pro) or a laptop with a 360-degree hinge (like a Lenovo Yoga device).

The Windows Continuum feature helpfully asks if you’d like to switch to tablet mode when you detach or fold back the keyboard. But it can be a bit jarring to see just how different Windows looks if you say yes.

Now Microsoft is testing a new tablet experience for 2-in-1 devices, and some members of the Windows Insider Preview program can try out an early version in Windows 10 Insider Preview Build 18970. 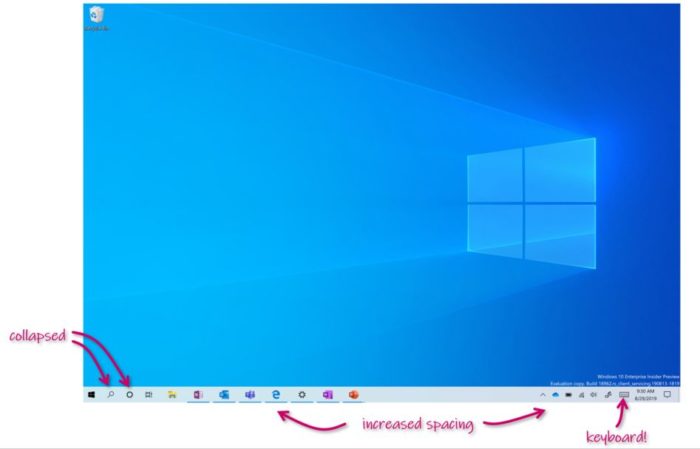 Up until now, Windows 10’s tablet mode involved replacing the start menu with a full-screen start screen, hiding the desktop, and reducing the number of icons in the taskbar, among other things.

If you’re using a straight-up Windows tablet (rather than a 2-in-1), that’s still the experience you’ll get. And if you have a 2-in-1 tablet and like that view, you’ll still be able to activate it. Microsoft just plans on making the default tablet UI for 2-in-1s a little more like desktop mode.

So the desktop will still be visible, there will be a start menu rather than a start screen, and the taskbar looks a lot like the one you’d see in desktop mode.

But Microsoft says the new tablet experience is optimized for touch in ways that the desktop UI is not. For example there’s more space between icons in the taskbar. There’s an icon that you can tap to bring up an on-screen keyboard from any screen — and the touch keyboard will automatically come up when you tap any touch input field. And the File Explorer will be displayed with a touch-friendly layout.

In order to make more room in the taskbar, the Search and Cortana text boxes will automatically be collapsed to icons.

Microsoft is just starting to publicly test the new 2-in-1 tablet UI, so things could change by the time it rolls out to the public sometime in the first half of 2020. For now the company says the new experience is only “available for a portion of Insiders as we evaluate the quality.”

Other changes in build 18970 include the anticipated “Cloud Download” option in the Reset this PC menu, allowing you to download Windows files needed to do a reset rather than using compressed files stored on your PC and the continued rollout of a new Cortana experience. 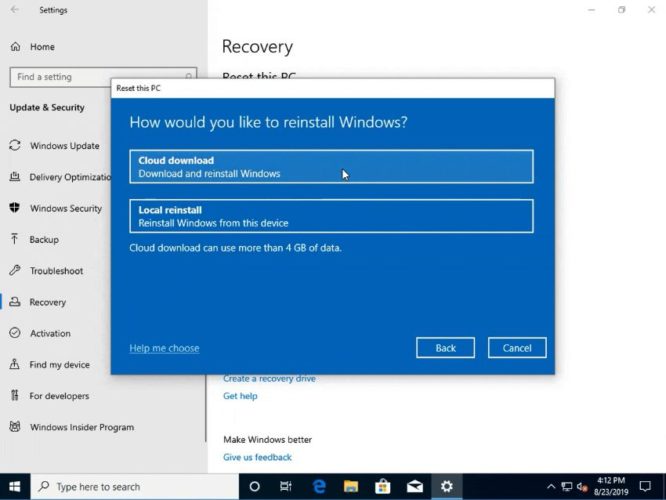