Well over a decade after introducing Windows XP, Microsoft is officially ending support for the aging operating system on April 8th. That’s despite the fact that as many as 30 percent of computer users may still be running Windows XP.

So Microsoft is outlining steps it’ll take to remind people to upgrade their software, as well as a free tool to help ease the transition.

Starting March 8th, Windows XP users who receive automatic software updates from Microsoft will see a pop-up alerting them that support for their operating system ends in a month. Folks who may have missed the company’s earlier warnings will hopefully catch this message.

The free app will help you copy files, music, movies, email messages, user profiles, and other data and settings to Windows 7 or later. If you want to also migrate your installed apps, you’ll need to pay for PCmover Professional or a similar app (since Microsoft’s Windows 7 and Windows 8 installers don’t support automatic migration from Windows XP. 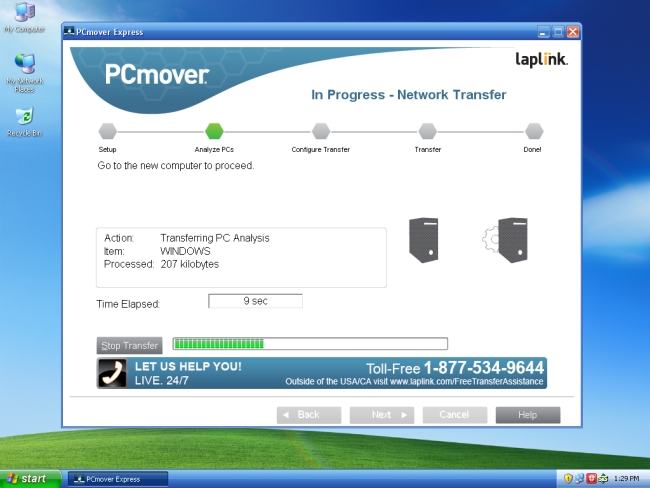 PCmover Professional is available to Windows XP users for 60 percent off the list price.

Don’t want to upgrade to Windows 7 or later? You could keep using Windows XP for a while longer. Microsoft won’t offer any new features or bug fixes after April. But the company will continue to offer security updates through Microsoft Security Essentials until July 14th, 2015.

You could also install a third-party anti-malware app and hope that it provides enough security features to keep your system safe.