Microsoft recently launched a major update for its Windows Phone 8.1 software, but the company’s not done yet. There’s another major update rolling out this year, and this time it’s for select Lumia phones from Microsoft-owned Nokia.

It’ll be available on the new Lumia 830 and 730/735 phones when they ship and the Denim Update will roll out as a software update for older phones including the Lumia 930, Lumia Icon, and Lumia 1520. 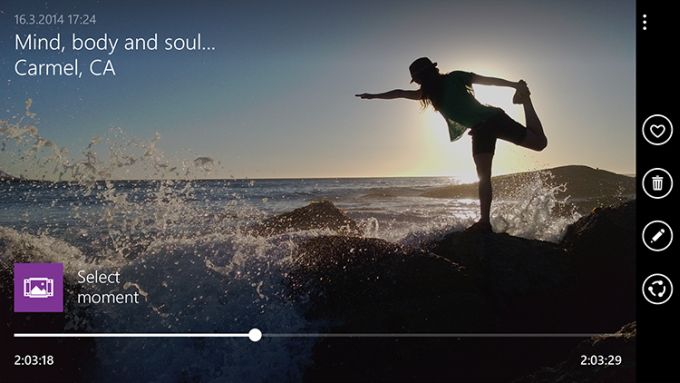 Microsoft is replacing the Nokia Camera app with a new Lumia Camera. The company says it’s faster and easier to use and includes features such as the ability to long-press the camera button to start a high-quality 4K video recording at 24 frames per second. Each frame of the video is basically an 8.3MP photos and you can save any frame as an image.

The Denim Update also includes the ability to start using the Cortana voice assistant feature simply by saying “Hey Cortana” to your phone. You don’t have to press a button.

Finally there’s a new “Glance Screen” which shows the time, date, notifications, and data from Bing Weather, Bing Health & Fitness and other apps at a glance.