There are a lot of nice things about app stores like the Google Play Store for Android and App Store for iOS. You don’t have to scour the internet to find apps, they’re all in one place. There are mechanisms in place that make it difficult for malware to pose as legitimate applications (or at least to be removed if they do show up in the store), and uninstalling apps downloaded from those stores is pretty simple.

But there are also some down sides: it puts the company that runs the app store in charge of an important gateway. If Google or Apple want to remove an app for any reason, they can. And if they want to insist that apps or games have to behave a certain way in order to be included, there’s no fighting back.

So now that Microsoft is stepping up efforts to bring an app store to Windows, there are those who are worried about what it could mean for the future of third-party software. Epic Games co-founder Tim Sweeney argues in an article for The Guardian that Microsoft is building a “closed platform” which is “the first apparent step towards locking down the consumer PC ecosystem and monopolizing app distribution and commerce.” 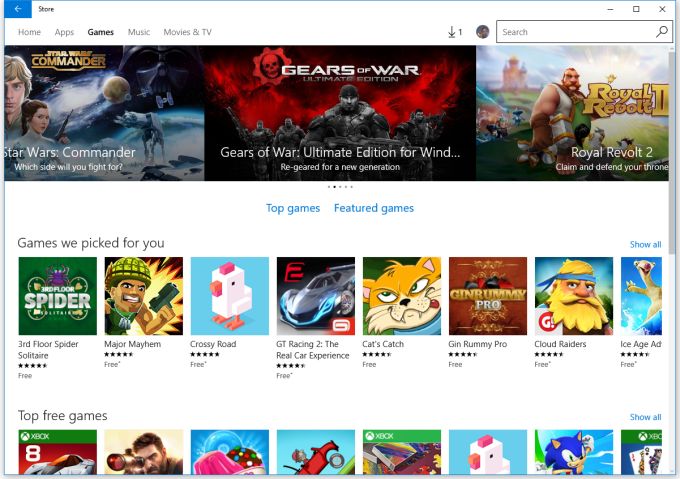 Microsoft introduced its own app store for Windows computers with the launch of Windows 8, and while there are a lot of apps available for download, the vast majority of Windows programs are still distributed outside of the Windows Store.

Microsoft has been trying to build up the Windows Store… and starting with the launch of Windows 10 the company has been working to make it easy for developers to create “Universal” versions of their apps which can be distributed through the store and run across a range of devices including phones, tablets, notebooks, desktops, Xbox game consoles, and HoloLens computers.

On paper, the Universal Windows app platform seems to have a lot of things going for it: You can pay for an app once and use it across multiple devices. Updates can be downloaded automatically through the store. If you uninstall an app, it removes itself from your device cleanly, without leaving little parts of it behind in hard-to-reach places. And you get the other benefits of an app store, including simplified billing, user ratings, and a one-stop-shop for software.

But there are some problems with this system. Windows has been around for a few decades at this point, and developers of traditional PC programs have been able to tap into all sorts of parts of the operating system that aren’t available through the Universal platform. Right now it’s hard to replicate some of those things if you’re using Microsoft’s tools to convert Win32 apps into Universal apps.

What’s more, Sweeney points out that there are some new Windows features that are only available to Universal apps… which he says basically amounts to Microsoft telling developers that they can only make use of the latest technologies if they agree to develop Universal Windows apps.

And one key thing about Universal Windows apps is that you can only download them from the Windows Store. Among other things, that means letting Microsoft take a cut of revenue from app and game sales.

He’s fine with a Windows Store existing… he’s less fine with Microsoft giving advantages to developers creating apps for that store, because that could bully developers that might otherwise be interested in distributing apps on their own or through competing stores like the Steam or GOG game platforms.

So what solution does Sweeney propose? Go ahead and promote the Universal Windows app platform… but let users download those apps from anywhere, and not just the Windows Store.

What do you think? Is the Universal Windows Platform and its ties to the Windows Store good or bad for developers and computer users?