It’s a bit early to say whether Microsoft’s Windows RT operating system will really take off. But if you buy the company’s first Windows RT tablet, you can at least be certain that Microsoft will support it through early 2017.

ZDNet’s Ed Bott noticed that Microsoft has updated its product lifecycle page to show that the Microsoft Surface RT tablet will be supported through April 11th, 2017. That means you get support for about 4 and a half years after the tablet’s launch date. 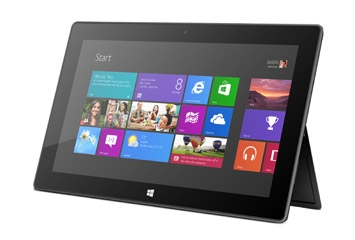 Windows RT is basically a stripped down version of Windows 8 designed to run on devices with ARM-based processors. It looks and feels just like Windows 8, but users can only install apps downloaded from the Windows Store — and software designed for earlier versions of Windows won’t be able to run on Windows RT unless developers update the apps to support the new platform.

The Microsoft Surface RT tablet features a 10.6 inch, 1366 x 768 pixel display, 2GB of RAM, and an NVIDIA Tegra 3 quad-core processor. It’s available with 32GB to 64GB of storage with prices starting at $499, and Microsoft offers optional keyboard covers that let you use the tablet like a laptop.

At this point the Surface RT doesn’t run as many apps as Android tablets or iPads, has a relatively high starting price, and may not be the best alternative to another tablet or a full-fledged laptop for some users. If the platform doesn’t really take off, I wouldn’t be surprised to see the tablet go the way of the Microsoft Kin one day.

But with news that Microsoft will continue supporting the platform for more than 4 years, it sounds like we can at least expect regular security updates to continue.

And if the platform does become more popular, hopefully this means that Microsoft will make sure that future versions of Windows RT are compatible with today’s hardware… something the company hasn’t been great about doing with its Windows Phone software.

One reply on “Microsoft to support the Surface RT tablet through April, 2017”