Microsoft released three new preview builds of Windows 10 last week. This week the company isn’t releasing any: and if you have downloaded the latest build by July 14th, you’re out of luck because Microsoft is suspending the availability of all pre-released Windows 10 builds for a little while.

Why? Because we’re just about done with all this preview stuff. Microsoft will be releasing Windows 10 to manufacturers soon and on July 29th the company will start rolling it out to users. 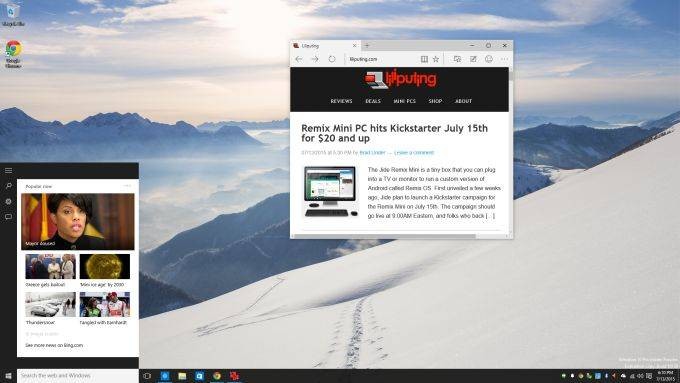 If you’ve been getting preview builds as a member of the Windows Insider Program, the next released of Windows 10 you get will come from the “production channels,” rather than the Insider preview channel. Microsoft isn’t ruling out the possibility that there may be another update before July 29th, but the company wants to test its Windows Update service, so you won’t be able to download an ISO and do a clean install.

Insiders will be among the first to get the update to Windows 10, although folks who buy an new PC on or after July 29th will also be near the front of the line.

Everyone else who’s running Windows 7 or later and who has signed up for the free update should get Windows 10 through the Windows Update process some time after that.

So is this the end of the Windows Insider Program? Nope.

Once the “final” version of Windows 10 rolls out, testers will have the option of leaving the program and just using the software that’s available to everyone and getting updates as they’re delivered by Microsoft. But they can also remain in the program to help test new features before they’re more widely available.