Microsoft’s Brandon LeBlanc recently showed off a concept for what the Windows 10 Start Menu could look like in the future. Now Microsoft Chief Product Officer Panos Panay has posted a short video that not only includes that updated Start Menu, but several other user interface tweaks that could be coming to the company’s desktop (and laptop and tablet) operating system.

It looks like Start Menu, File Explorer, and context menu updates could be on the way. 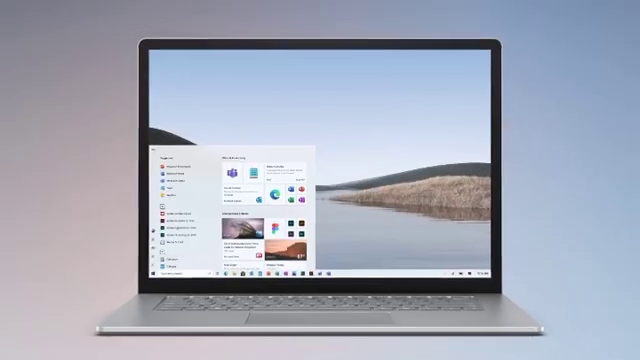 The new Start Menu doesn’t look very different from the one that’s currently available — there’s a list of apps on the left and a set of tiles on the right. But the color palette is toned back a bit — instead of multi-colored tiles, you’ll see multi-colored icons resting in monochrome square and rectangle tiles.

The background color of those tiles seems to change along with your Windows theme, so there are light and dark options available. And while Live Tiles aren’t gone, it looks like they may not be as prominent — or at least Microsoft isn’t emphasizing them as much.

Microsoft’s new File Explorer seems to be a more dramatic change. Gone is the cluttered “ribbon UI” and location bar atop the app. Instead there’s a simpler look with locations on the left, files on the right, a search bar, and a few options for sorting files. 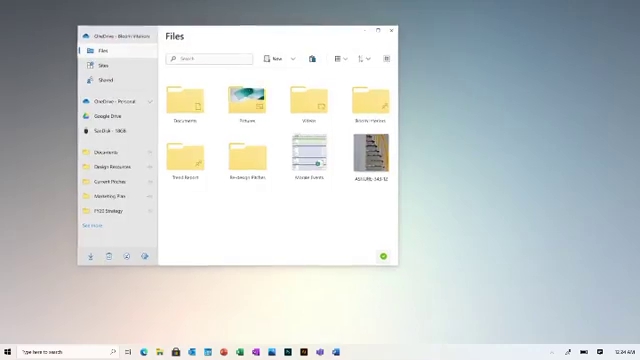 Interestingly, Microsoft seems to be emphasizing cloud storage — not only is there a Microosft OneDrive icon in the image, but the new File Explorer also seems to feature Google Drive integration, suggesting you’ll be able to upload, download, and access online storage from within Windows even if you’re not using Microsoft’s first-party service.

Finally, the video shows an updated context menu (that you’ll see if you right-click, use a two-finger tap, or long-press on a touchscreen). We get a brief glimpse of what appears to be a context menu for a web browser (probably Microsoft Edge), with “Go back,” “Go to tabs,” and Go to address bar” options, as well as “Windows actions,” among other things. 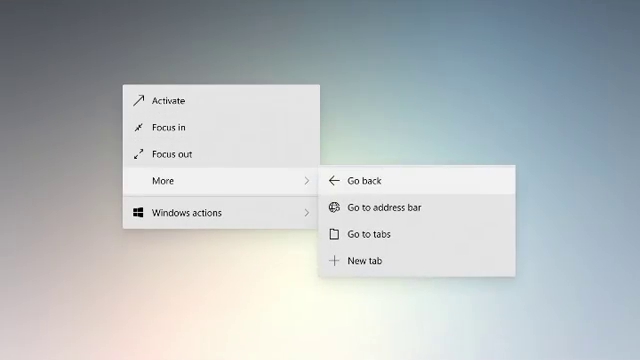 There’s no word on if or when these updated UI elements will make their way to Windows 10. But it seems unlikely that Microsoft would be giving them such a public viewing if they didn’t at least show the direction the company is planning to take its desktop operating system.