Microsoft might be preparing to launch a wireless display dongle. Plug it into your TV’s HDMI port and you can stream content from your tablet, laptop, or phone to the big screen.

It’d be sort of like Google’s Chromecast… but different (see comments below for discussion on this point). 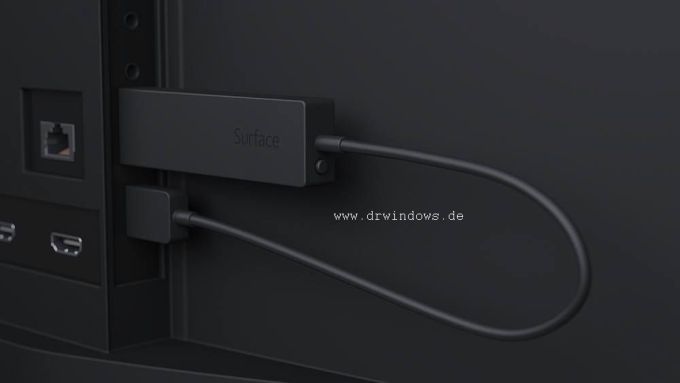 Windows Phone Daily noticed an FCC listing for a Microsoft Miracast wireless display dongle called the HD-10 this week, and a few months ago DrWindows.de published the first picture of the upcoming device.

The device will reportedly bear the Microsoft Surface brand name, but it’d probably work with any Windows device that supports Miracast technology. That includes the Surface tablet family, but since Windows 8.1 supports screen mirroring via Miracast, odds are that you’d be able to use a number of other devices as well.

There are already a number of Miracast adapters on the market, but I suspect plenty of folks would probably rather buy a device called something like Microsoft Surface Wireless Display Adapter than a product with a name like the Tronsmart T1000.

Google, meanwhile, offers its own wireless display adapter. It’s called the Chromecast. It sells for $35 and in addition to letting you mirror your Android display on your TV (a recently-added feature), it lets you use your Android or iOS phone or a computer web browser to find videos or other content you want to watch on TV, hit a play button, and then go back to using your mobile device without everything you do on your phone showing up on your TV.

For the right price a Surface Miracast adapter could be a nice addition to your digital media arsenal. But it’s not exactly a Chromecast replacement.