Microsoft has lowered the price of the Surface RT and Surface Pro tablets in recent months. Now it looks like the Surface Touch Cover could be next in light for a price cut.

WP Central reports that Microsoft will drop the price of a Touch Cover from $120 to $80 starting August 30th. 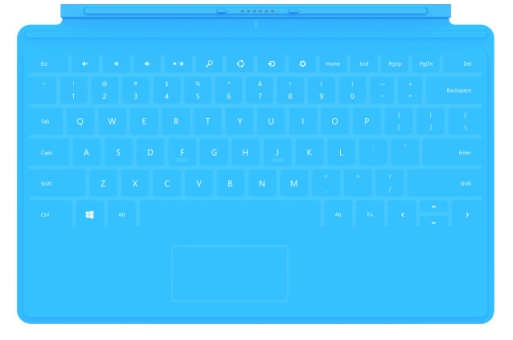 The Touch Cover is both a protective screen cover and a keyboard for the Surface Pro or Surface RT tablets.

What sets it apart from most keyboard covers is the flat keys. The surface of the cover is pressure-sensitive, allowing you to type by pressing down on any of the keys — but you won’t feel them move under your fingers. This allows the cover to be thinner than most keyboard covers, and also spill-resistant, although typing on a Touch Cover can take a little getting used to.

The cover latches onto the tablet’s edge using magnets, and clicks into place with a pretty sturdy connection.

Microsoft also offers a Surface Type Cover with physical keys, but that model’s almost twice as thick as the 3mm Touch Cover, and it currently sells for $130. There’s no word on whether the Type Cover will also get a price cut.