Microsoft’s Surface RT is a tablet with a 10.6 inch display, an NVIDIA Tegra 3 processor, and Windows RT software. It sells for $499 and up, and the price includes a free copy of Microsoft Office.

But aside from Office and the option of paying extra for a slick keyboard cover, there’s not really much reason to buy a Surface RT instead of an equally-priced iPad or an even cheaper Android tablet at the moment.

Soon Microsoft may sweeten the deal a bit by offering deep discounts to schools that want to pick up Surface RT tablets for use in the classroom. Prices could start as low as $199. 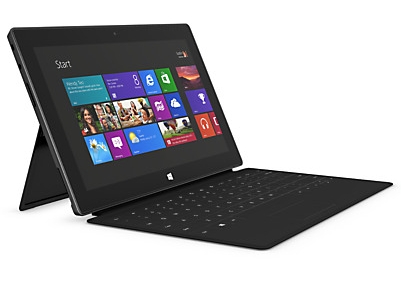 ZDNet reports that a special “Microsoft Surface for education” offer will run through August 31st, 2013. The product brochure has been pulled offline, but ZDNet posted a picture which outlines the pricing:

At those prices, if the Surface RT did nothing but let you surf the web using Internet Explorer and edit Office documents, it might be worth the cost.

There still aren’t nearly as many third party apps available for Windows RT as there are for other mobile platforms including iOS and Android. But Office is a pretty important app, especially in the education and business worlds.

Of course, Microsoft Office is also now available for iOS, but it’s currently optimized for iPhones and not iPads and you’ll need an Office 365 subscription plan in order to use the software.