Microsoft’s 256GB Surface Pro tablet is coming to America, where it looks like it’ll be available soon for $1200.

Right now you can only pick up Microsoft’s Windows 8 tablet in 64GB or 128GB flavors for $899 and up in the US, but WP Central spotted a listing at CDW that suggests the new 256GB model will be available soon for $1199.99. 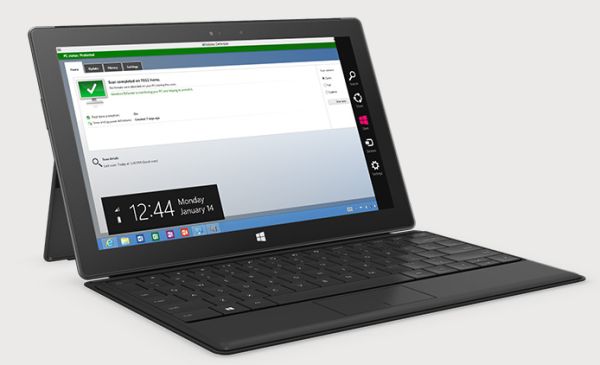 This isn’t the first time we’ve seen Microsoft’s tablet sporting a 256GB solid state drive. It showed up in Japan in May.

Since Microsoft positions the Surface Pro as a full-fledged PC, it’s nice to get a model with a fairly roomy SSD. If you treat a tablet as a secondary device that you use along with a laptop or desktop, a 64GB drive might make sense. But if you plan to store a large number of documents, apps, games, music, it’s nice to have a little more space.

It has a capacitive touchscreen and an active digitizer, which means you can interact with the device using your fingertips or a pressure-sensitive digital pen that lets you write, draw, tap, or hover, among other things. You can also pick up an optional Touch Cover or Type Cover if you’re a fan of that old-fashioned typing action.

The Surface Pro isn’t exactly the cheapest tablet on the market these days, but it’s one of the most powerful — especially if you want access to full-fledged Windows apps rather than mobile apps designed for iOS or Android devices.