Now a new leak seems to show what we can expect from the Surface Pro 8. Expect a bigger display, slimmer bezels, and Thunderbolt ports, among other things. 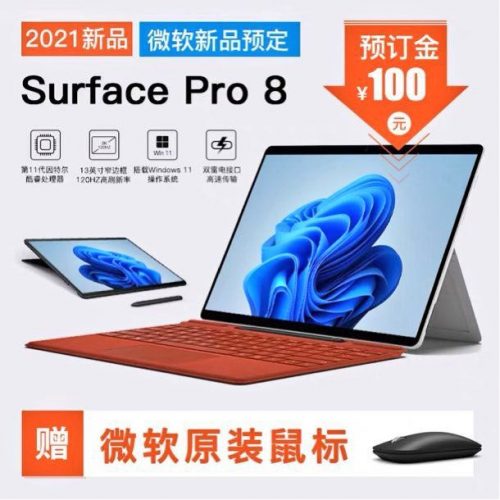 According to a tweet from @Shadow_Leak (and retweeted by the generally reliable WalkingCat), the Microsoft Surface Pro 8 will feature:

Moving to a bigger screen would typically mean making a larger tablet, but the leaked image shows a device with slimmer bezels, suggesting the overall dimensions of the Surface Pro 8 may not have changed much, if at all. That could be good news if you’re hoping that cases, keyboards, and other accessories made for the previous-gen will be compatible with the new version.

And while the Surface Pro 8 wouldn’t be the first Surface with a replaceable SSD, the most recent model with this feature was the business-only Surface Pro 7+ rather than a mainstream version of Microsoft’s flagship tablet.

It’s always a good idea to take this sort of leak with a grain of salt – the image in the tweet, which seems to show a Chinese retail product listing, could have been doctored. But there’s nothing particularly unrealistic in the claims, all of which would be reflective of recent trends in the laptop and tablet space.