A Microsoft Surface Pro 8 tablet with next-gen hardware is probably coming this year. But Microsoft’s first new tablet of the year is the Surface Pro 7+ for Business. As the name suggests, this tablet is designed for business (and education) customers, but it features a few key upgrades. 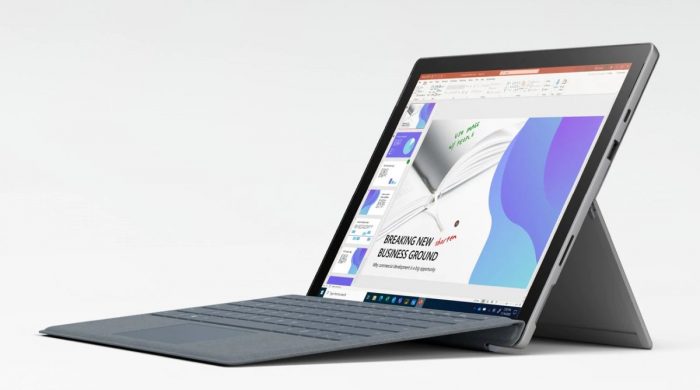 Physically the new Surface Pro 7+ looks identical to the standard Surface Pro 7 which is probably why it isn’t called the Surface Pro 8. There’s also no Thunderbolt port, so that’s something else to keep an eye out for in next-gen models.

But what’s a little surprising that Microsoft managed to fit a removable/upgradeable SSD into a tablet with the same physical dimensions as its models with non-removable storage. It makes you wonder why the company hadn’t done this before.

Microsoft also offers optional support for 4G LTE, although it’s only available with configurations featuring Core i5 processors, 16GB of RAM or less, and 256GB of storage or less.

The WiFi-only version of the tablet is available with up to 32GB of LPDDR4x memory and up to a 1TB SSD.

Ports include a USB-C port, a USB-A port, a headset jack, microSDXC card reader (for WiFi models, or a nano SIM reader for LTE version), and a Surface Connect port.

There’s an 8MP rear-facing camera and 5MP front camera, 1.6W stereo speakers with Dolby Atmos audio, and dual microphones. Like all Surface tablets, the Surface Pro 7+ has a built-in kickstand and it’s designed to work with optional accessories including keyboard covers and Surface Pens. 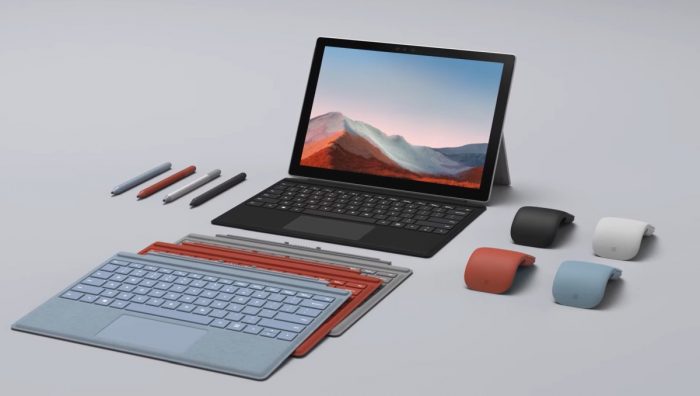 The Surface Pro 7+ should be available for business customers in the US and select other countries starting January 15th.