Microsoft may not have announced a Surface tablet with a smaller screen yet. But that hasn’t stopped accessory maker Vostrostone from offering a line of Microsoft Surface Mini 8 inch tablet cases at Amazon.

Either Vostrostone knows something we don’t, or the company is guessing at the dimensions of the long-expected Surface Mini. 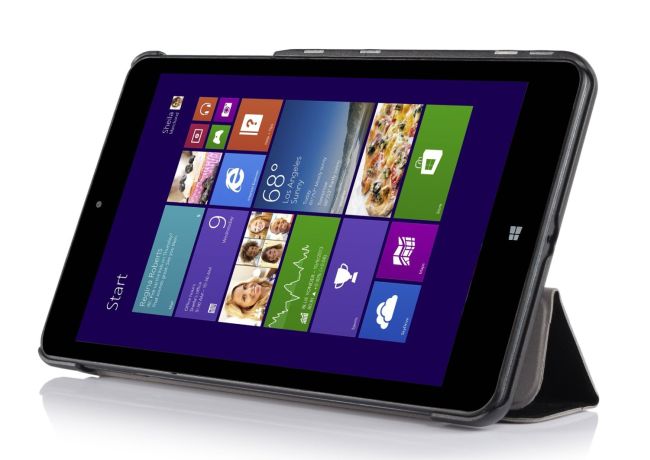 The company is offering a $10 Smart Cover Case

Does that mean we can expect Microsoft’s tablet to be available in mid-May? Who knows.

Here’s what the listings do show though: a tablet with a small screen and the Windows Start Screen. The tablet seems to be designed for use in portrait mode, with a Windows button built into the bezel below the screen and a camera above. Those items are positioned for landscape orientation on Microsoft’s 10.6 inch tablets.

It’s not clear if this tablet has an ARM or Intel processor, or if it runs Windows 8.1 or Windows RT. But there’s not exactly a shortage of small, cheap Windows 8.1 tablets from companies such as Dell, Lenovo, Asus, and Toshiba. It’ll be interesting to see whether Microsoft can actually manage to produce something that stands out.

When the original Surface line of Windows tablets launched, there weren’t really any other devices quite like them on the market. This time around, Microsoft is kind of late to the game.

13 replies on “Is this the Microsoft Surface Mini?”