The Microsoft Laptop SE is the most affordable Microsoft Surface device to date, with a starting price of $250. But the 11.6 inch thin and light notebook isn’t meant for the general public – instead it’s Microsoft’s answer to Chromebooks, featuring entry-level specs and shipping with Microsoft’s Windows 11 SE operating system, a new simplified version of Windows that’s optimized for student and classroom use.

First introduced in November, Microsoft says the Surface Laptop SE is now available for schools to purchase from authorized Microsoft resellers. But it’s not the only option: Microsoft has announced that a number of computers from Acer, Asus, Dell, HP, and Lenovo are also now available with Windows 11 SE. 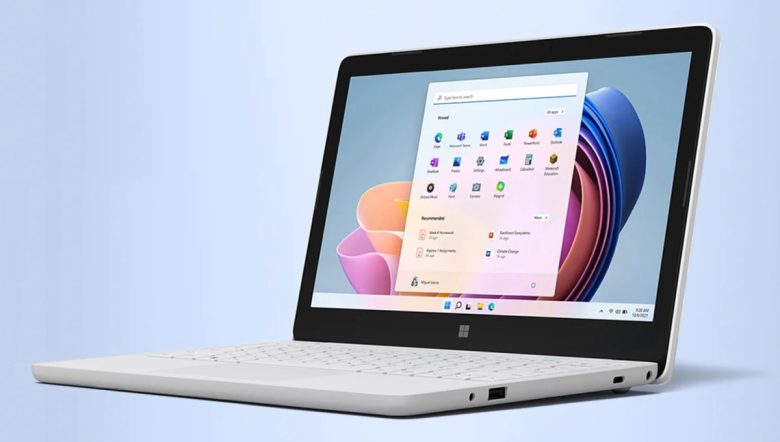 It’s also what Microsoft calls a cloud-first operating system. While Windows 11 SE has Microsoft 365 apps including Office pre-installed and ready to use with or without an internet connection, when you are connected to the internet your data will automatically be synchronized to OneDrive so it’s backed up and available on other devices.

Microsoft says we can expect Windows 11 SE devices from Acer, Asus, Dell, HP, Lenovo, Dynabook, Fujitsu, and other companies early next year, including models with Intel or AMD processors.

But as first-party hardware, the Surface Laptop SE gives us a pretty good idea of what kind of hardware to expect… and it’s pretty similar to Chromebook hardware in a lot of ways.

As for Windows 11 SE, it’s a little different from previous attempts by Microsoft to offer a streamlined (and limited) version of Windows, like Windows RT or Windows in S Mode.

But also unlike those operating systems, Windows 11 SE won’t be offered on consumer hardware. At all. It’s a special edition operating system designed specifically for computers sold in the education space – an area where Microsoft has been steadily losing ground to Google’s Chrome OS in recent years.

Educators will be able to install some third-party apps like Zoom for video conferencing or Chrome for use as an alternative to Edge as a web browser. But it’s up to IT administrators to determine which apps will be loaded, students cannot install third-party Win32 or Microsoft Store apps.

Microsoft says that a curated set of third-party apps that fall within six categories will be supported, and anything outside of those categories cannot be installed: 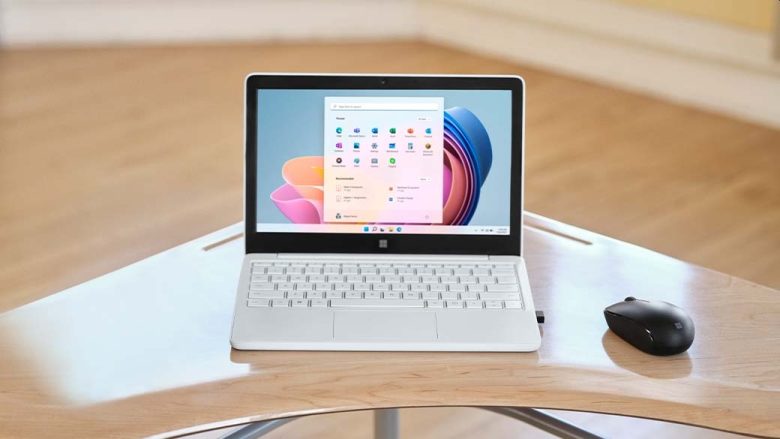 For the most part, Windows 11 SE looks like Windows 11, including the new Start Menu and taskbar experience. But it’s simplified in a few key ways – there are no widgets, and apps launch in full-screen mode by default, and there are few options in Snap Layouts – you can place two apps side-by-side so that each takes up half the screen or one takes up two thirds of the screen and the other uses the remaining space, but that’s about it. 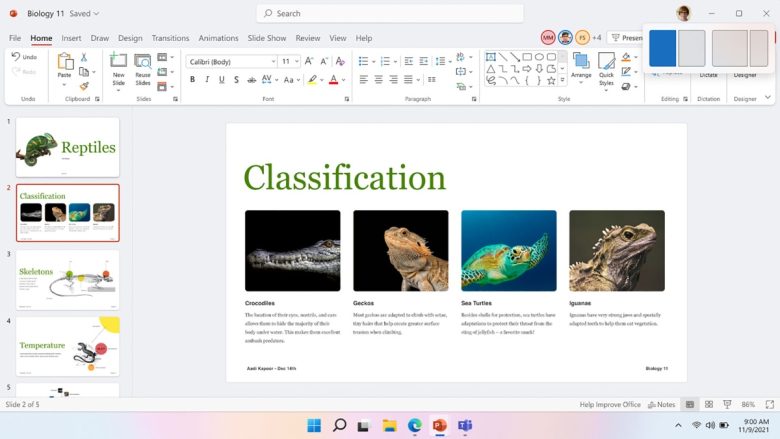 One thing you won’t find on Windows 11 SE laptops? High-end specs. Microsoft notes that the operating system is designed for systems with 8GB of RAM or less and 128GB of storage or less.

Microsoft notes that it’s not going out of its way to restrict sales of Windows 11 SE devices to education customers only, but given that the operating system is designed with this market in mind, the company doesn’t expect retail stores to carry computers loaded with Windows 11 SE.

That said, Microsoft notes that devices that ship with Windows 11 SE should be capable of running the full Windows 11 operating system, so if you happen to get your hands on a cheap laptop like the Surface Laptop SE and find the software experience limiting, the company says you can purchase a license for the version of Windows you want to use, wipe the data on your device and then install Windows 11 Home or Pro.

Just don’t expect it to run all that well on hardware with specs like a Celeron N4020 processor and as little as 4GB of RAM and 64GB of storage.