Microsoft is holding an event on October 2nd where the company is expected to reveal next-gen hardware. One relatively safe bet? An updated Microsoft Surface Laptop is on the way.

As noted by Neowin, if you head over to the Microsoft Store today and try to order a first-gen Surface Laptop, your configuration options are quite limited. It looks like Microsoft has been moving out some remaining inventory in order to make room for new models. 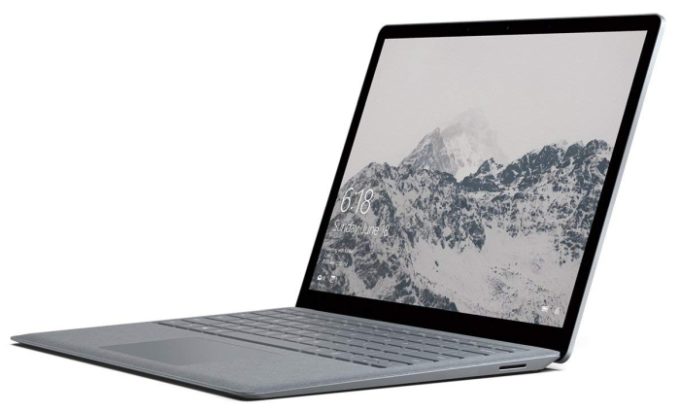 For instance, there’s currently no option to buy an entry-level Surface Laptop with an Intel Core M3 processor and/or 4GB of RAM. The good news for bargain hunters is that  you can pick up a Core i5/8GB/128GB model for $799, which is $200 off the list price.

And if you still have your heart set on a cheaper model, Amazon is currently selling a Core i5/4GB/128GB model for $697.

But odds are that those specs will start to look dated as soon as a next-gen Surface Laptop is announced.

The original Surface Laptop is a 2.8 pound notebook that measures 0.6 inches thick, features a 13.5 inch, 2256 x 1503 pixel touchscreen display with support for an optional Surface Pen, up to a 7th-gen Intel Core i7 processor, up to 16GB of RAM, and up to 1B of solid state storage.

It ships with Windows 10 in S Mode, but you can switch to the full version of Windows 10 for free.

It’s unclear what changes Microsoft has planned for its 2nd-gen model. An upgrade to 8th-gen Intel Core chips seems like an obvious move. And I wouldn’t be surprised to see Microsoft add a Thunderbolt 3/USB Type-C port. Perhaps the screen bezels will shrink a bit, but it’s not like the original had ridiculously thick bezels.