The Microsoft Surface line of devices have historically offered premium designs and specs for premium prices. But a few years ago Microsoft launched its version of a budget tablet with the introduction of the $399 Surface Go tablet.

Now the company is taking a similar approach with laptops.

The new Microsoft Surface Laptop Go incorporates many of the features of its pricier siblings including a PixelSense touchscreen display with a 3:2 aspect ratio, and a full-sized keyboard and Precision trackpad.

But prices start at $550 for an entry-level Surface Laptop Go. 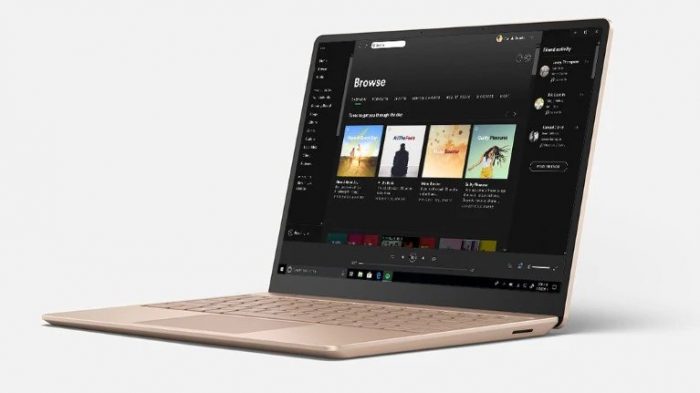 The notebook is up for pre-order starting today and set to ship on October 13th. Microsoft offers three prices/configurations:

All three models feature an Intel Core i5-1035G1 processor, which is a 10th-gen Intel Core “Ice Lake” chip with four CPU cores, eight threads, and Intel UHD graphics. It’s not the most powerful Intel chip… it’s not even the most powerful 10th-gen Core i5 chip. But it’s a step up from the Pentium Gold and Core m3 processors Microsoft offers for the cheaper Surface Go 2 tablet.

Here are the key specs for the new Surface Laptop Go:

5 replies on “Microsoft Surface Laptop Go is a smaller, cheaper laptop for $550 and up”