It’s been 11 months since Microsoft unveiled the Surface Hub, a new big-screen computer designed to hang on a wall. In June the company said you’d be able to buy a Surface Hub in September for $6,999 and up.

Microsoft had hoped to ship the Surface Hub in January instead. But now the company is delaying its wall computer again. And it’s raising the price. 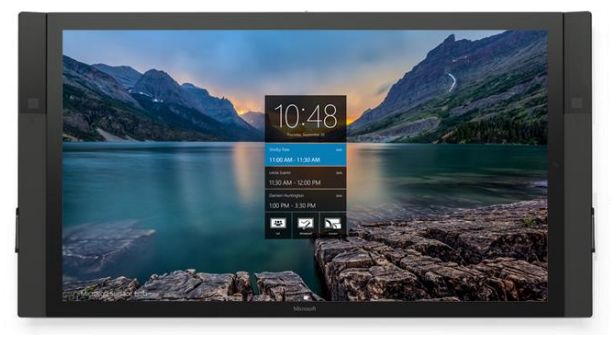 If you already pre-ordered a Surface Hub when you thought it’d be cheaper, Microsoft says it’ll honor the pricing. But anyone that orders one from now on will have to pay the higher price.

The Surface Hub is expected to feature Gigabit Ethernet, 802.11ac WiFi, Bluetooth 4.0, Miracast and NFC support, and an active digitizer that can support input from two digital pens at the same time. For video conferencing it has two 1080p cameras and a 4-element array microphone as well as stereo front-facing speakers.