You can order a Surface Go from Microsoft for $399 and up. It’s also available from Amazon, Best Buy and other retailers.

The starting price gets you a model with 4GB of RAM and 64GB of storage, but you can pay extra for an 8GB/128GB model and/or for optional accessories including a $100 Surface Pen and Type Cover ($100 and up). 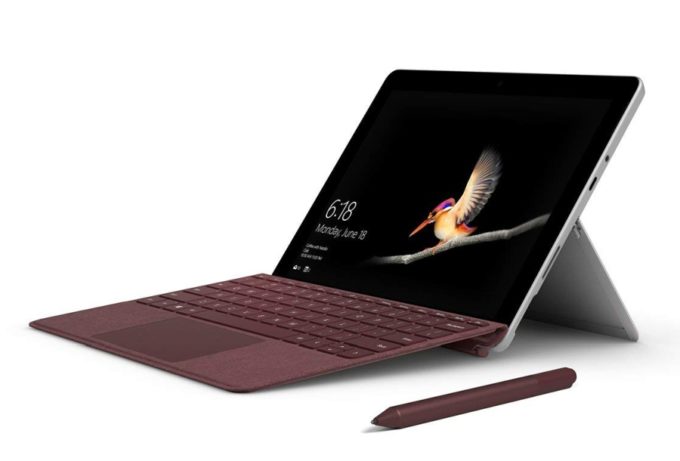 That means that while the Surface Go is the most affordable Surface device on the market today, you’ll probably end up spending closer to $649 or more if you want to use it as a laptop replacement. That’s the price fore the higher-specced model plus a black Type Cover.

The good news is that early reviews suggest you really might be able to replace your laptop with this device… assuming you don’t need a super-speedy processor or high-end gaming machine. With an Intel Pentium 4451Y low-power processor, the 10 inch tablet gets around 8 to 10 hours of battery life… but it scores significantly lower than a Core i5-powered computer in benchmarks and takes longer to do things like render images and videos.

But it probably makes more sense to compare the Surface Go to Apple’s iPad Pro, another premium tablet that’s designed to be a 2-in-1 device with optional pen(cil) support and an optional keyboard cover. 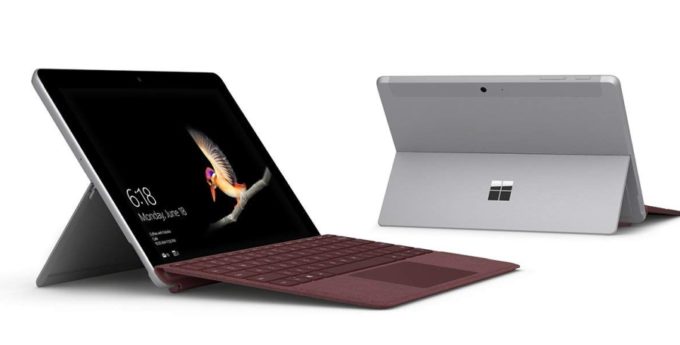 Apple’s App Store has a much more robust collection of tablet apps than the Microsoft Store. But the Surface Go isn’t limited to running Store apps — it can just about any Windows app because it’s basically a full-fledged PC that just happens to come in tablet form… just like the larger, faster, more expensive Surface Pro.

There are front and rear cameras with support for Windows Hello face recognition for secure logins, stereo 2W speakers, and a microSDXC card reader. And the tablet supports 802.11ac WiFI and Bluetooth 4.1.

It has a magnesium chassis and a Corning Gorilla Glass 3 screen.

Early reviews seem pretty positive… but keep in mind that reviewers are testing a $750 configuration (which includes 8GB of RAM, 128GB of storage, a keyboard, and a pen.

Update: Some reviewers were less enamored. Laptop Magazine was underwhelmed by the 6 hours of run time the tablet got in its own battery life test. And Mashable was disappointed with the Surface Go’s performance, touchscreen, and design.

So it probably makes more sense to think of the Surface Go as an entry-level tablet that you can use as laptop when you’re working remotely. It’s the sort of machine that makes a good secondary device to your primary PC, whether that’s a desktop or a PC. Or it really could be the only computer you need if you’re primarily looking for a device for editing documents, web surfing, watching videos, and performing other relatively light-weight duties. In a world where phones are already replacing PCs for many of the things we do on a regular basis, the Surface Go could be a phone companion rather than a PC companion.

Heck, Microsoft is even adding phone companion functionality to Windows 10 to make the experience of using your PC with your phone (and vice versa) more seamless.

Anyway, it’s been a few years since Microsoft has offered a low-power, low-cost alternative to the Surface Pro, so it’s good to see a new option that’s probably the best version of a 10 inch Surface to date.