As expected, Microsoft’s latest Surface tablet is a smaller, cheaper alternative to the Surface Pro.

The new Microsoft Surface Go is up for pre-order for $399 and up, and it’s set to ship August 2nd.

It’s also designed to work with an optional Type Cover, but you’ll have to buy that separately. And it supports a Surface Pen (also optional) with 4096 levels of pressure sensitivity 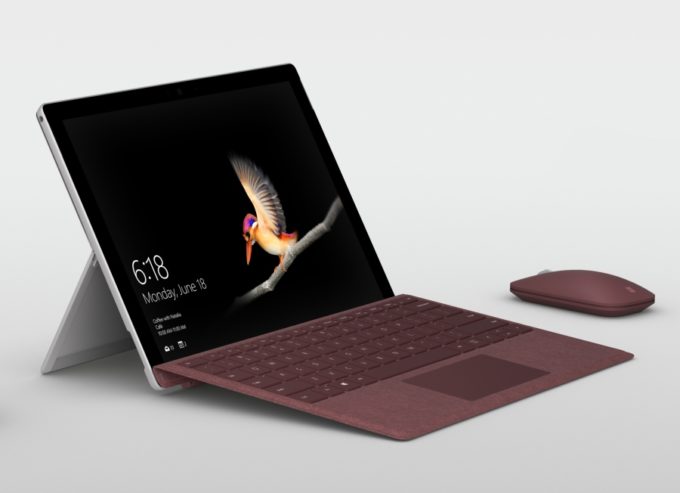 This isn’t the first time Microsoft has offered a smaller, cheaper alternative to its Surface Pro tablets. The Surface 3 was a 10.8 inch model with an Intel Atom processor, and it was preceded by the Surface 2 and Surface RT, both of which featured ARM-based processors and Windows 8.1 RT software.

But the new Surface Go is the most powerful small Surface tablet to date. It has a 6 watt dual-core processor based on 7th-gen Intel Core “Kaby Lake” architecture and while it ships with Windows 10 Home in S Mode, you can switch to the full version of Windows 10 Home for free.

Like the entry-level Surface Pro (the one with an Intel Core M3 processor), the Surface Go features a fanless design.

It’s also the first Microsoft Surface tablet to feature a USB 3.1 Type-C connector in addition to a Surface Connect port. The charger included with the tablet plugs into the Surface Connect port, while the USB-C port can be used for storage, peripherals, or connecting an external display. You can also use it for charging the tablet, if you have a USB-C charger.

Other ports include a microSD card reader and a headphone jack. There’s no USB Type-A port.

While prices start at $399, you do have to make some sacrifices if you opt for the cheapest model. Here are the two configurations that will be available at launch:

Both versions feature LPDDR3-1866 memory, but you get more of it with the $549 model, and faster storage.

Microsoft will also offer options for 256GB of storage and 4G LTE later this year, and the company has commercial versions of the tablet on the way, with Windows 10 Pro (or Windows 10 Pro in S Mode). 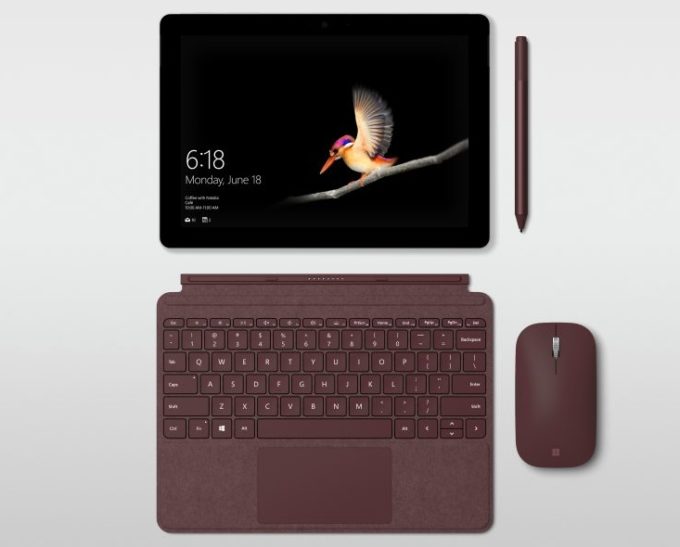 The tablet measures 9.6″ x 6.9″ x 0.3″ and weighs 1.15 pounds. The optional Type Cover adds another 0.5 pounds and has LED backlit keys and a precision touchpad. A basic black cover ($99) will be available, or you can opt for a Signature Type Cover with Alcantara fabric ($129) that will come in blue, platinum, or burgundy color options.

A Surface Pen will set you back another $99. It’s not included in the $399 starting price.

The tablet has a built-in kickstand with a hinge that supports angles up to 165 degrees, and the Surface Go has an 8MP rear camera, a 5MP front camera, and an IR camera with support for Windows Hello face recognition.