Microsoft is holding an event on September 22 when the company is expected to introduce next-gen hardware including new Surface Book, Surface Pro, and Surface Go devices.

We’ve already got a good idea of what to expect from the budget-friendly Surface Go 3 tablets, thanks to several recent leaks. But now a Thai retailer called Shopee has posted product pages for the Surface Go 3, complete with pictures and detailed specs for the upcoming tablets. 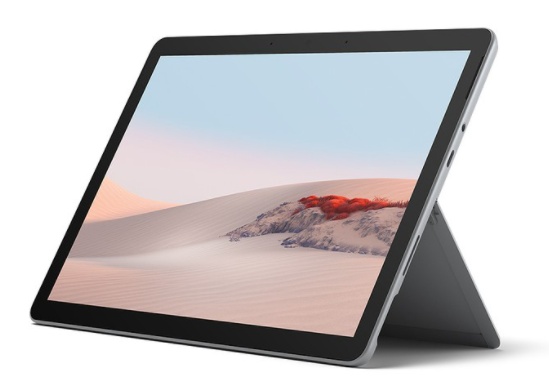 According to Shopee, the new tablet will look nearly identical to the Surface Go 2. It’s the same size and shape, and has the same display, speakers, cameras, and wireless capabilities. But the listings do confirm that Microsoft is giving its entry-level tablets a processor upgrade… albeit a modest one.

The Surface Go 3 is expected to be available with a choice of Intel Pentium 6500Y or Core i3-10100Y processors, which is a step up from the Pentium 4425Y and Core m3-8100Y processors used for the Surface Go 2 in terms of base and boost speeds for the CPU and graphics.

These are still 14nm chips that are part of Intel’s low-power “Amber Lake Y” lineup, so don’t expect the same level of performance you’d get from an 11th-gen “Tiger Lake” processor, but the both the entry-level and top tier Surface Go 3 should be a little faster than their predecessors.

Here’s a run-down on the specs for the new tablet. Note that Microsoft may also plan to launch a WiFi + cellular model, but that’s not currently shown at the Shopee website.

Given the modest spec bump, I suspect Microsoft will keep the same $399 starting price it has for the Surface Go 2 when the new models launch in the United States. But prices on the Shopee website range from the equivalent of about $450 for a model with a Pentium 6500Y processor, 4GB of RAM, and 64GB of storage, to $675 for a Core i3-10100Y/8GB/128GB model.