When Microsoft announced plans to release its first set of true wireless earbuds, the company said that the Microsoft Surface Earbuds would be available in time for the 2019 holiday season.

But that’s not going to happen. Now Microsoft Devices chief Panos Panay says they’ll be available in the spring of 2020 instead. 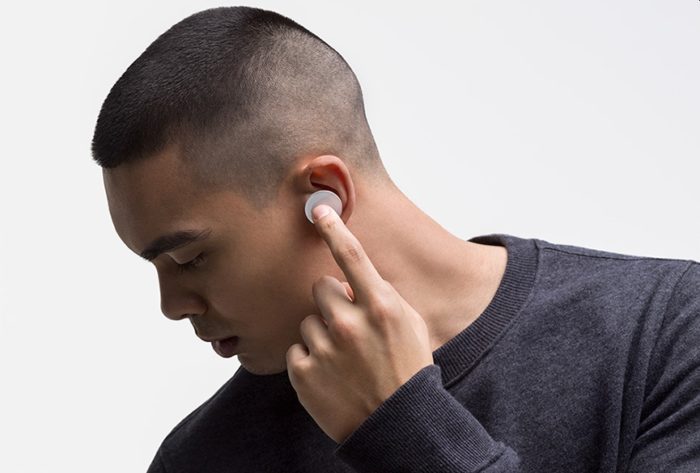 While Panay isn’t spelling out exactly what led to the delay, he says that the company wants to “get all the details right, which takes time…sometimes more than we planned on.”

The earbuds are expected to offer up to 8 hours of listening time on a charge and they’ll come with a charging case that lets you fully charge the batteries twice before you need to top off the battery in the case.

Surface Earbuds are rated IPX4 for water resistance. Each earbud has two microphones for voice input. And there’s a (very) large touch surface for tap and swipe gestures.

One feature these $249 wireless earbuds don’t seem to have? Any sort of noise reduction or cancellation technology, which could make them a tough sell when Apple’s competing AirPods Pro do offer noise cancellation for the same price.

One reply on “Microsoft Surface Earbuds delayed until 2020”