In the United States Microsoft offers two versions of its Surface tablet. You can buy a Surface Pro with Windows 8 Pro, an Intel Core i5 processor other premium features. Or you can get a cheaper Surface RT tablet with an NVIDIA Tegra 3 processor, Windows RT, and bundled Office 2013 Home & Student software.

In China there’s a third option: A Surface tablet with an Intel Core i5 processor and Office software. 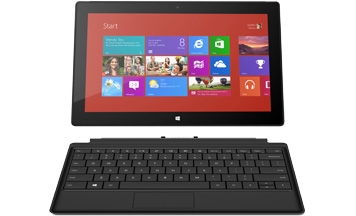 The Chinese edition is called the Surface China Edition, and it comes with Windows 8 rather than Windows 8 Pro.

It will be available with 64GB or 128GB of storage.

PC World reports the tablet is priced a little lower than the Surface Pro in China, and only the only language supported is simplified Chinese, while the Surface Pro supports 8 languages and comes with a one month trial of Office 365.

China is the first country outside of the US to get the Surface Pro tablet, and the first to get a new configuration that’s not available in the US at all.

The Surface RT is available in a number of countries, and it’s due to hit Russia later this week.