Like the original model, launched in 2015, it’s a premium laptop with a detachable display that allows you to use the computer like a tablet. But the new model has updated specs and design… and it now comes in two sizes.

The starting price is still $1499 though, which means this is still a laptop for enthusiasts. 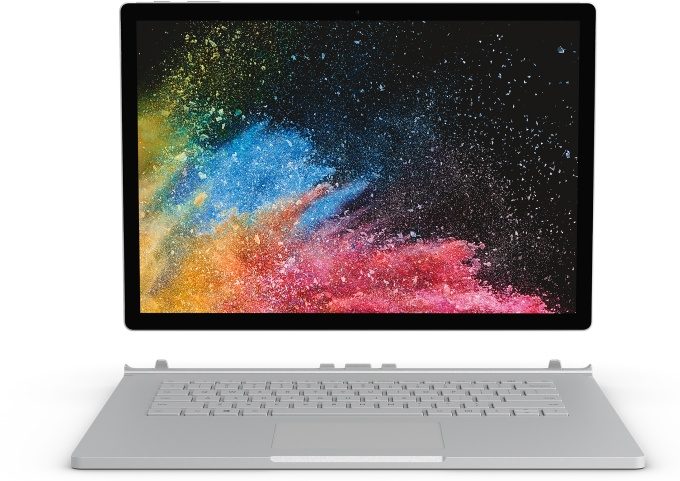 If you want a more powerful option, you can upgrade the specs, but it’ll cost you. Here’s a run-down of configuration options for the 13.5 inch model:

Microsoft is also now selling a 15 inch model with a 3240 x 2160 pixel display. That version’s not even available with the Core i5 option, so the starting price is $2499:

The smaller model weighs 3.4 pounds, while the 15 inch version is 4.2 pounds. Both are sold as laptops, so the backlit keyboard comes standard. But if you want a Surface Pen or Surface Dial accessory you’ll need to buy those separately.

Early reviews of the Surface Book 2 are pretty positive. The biggest down sides are that the laptops are expensive and lack Thunderbolt 3 ports (although they do have USB Type-C ports). But they’re praised for improved performance, improved design (the hinge is said to be sturdier than on the 1st-gen Surface Book), and improved battery life (one reviewer got nearly 21 hours of run time while playing videos).

There are certainly more affordable laptops and convertibles on the market. But few have Surface Book-style displays with their 3:2 aspect ratios and 267 pixels per inch, the hinge that lets you have the screen face the keyboard or face away, or the support for Microsoft’s other Surface accessories… if you think those are things worth paying for.

As multiple reviewers have pointed out, the Surface Book 2 is roughly comparable to Apple’s MacBook Pro: an expensive, but powerful device with premium design for power users.

Here are some of the early reviews of the Surface Book 2: