Microsoft’s been working on accessibility tools to help visually impaired people navigate the world through mobile devices and audio cues for years. The company introduced its Seeing AI technology in 2016, providing tools to identify people, places, and read signs, menus, and other items aloud.

And in 2014 the company unveiled 3D Soundscape, a system that was originally designed to let Windows Phone users wear a special headset to receive navigation directions or information about “beacons” placed at points of interest.

Now Microsoft is officially launching Soundscape as an iPhone app. It’s available as a free download from the App Store, and works with any stereo headset (although Microsoft says Soundscape work best with bone-conducting or open-ear headsets). 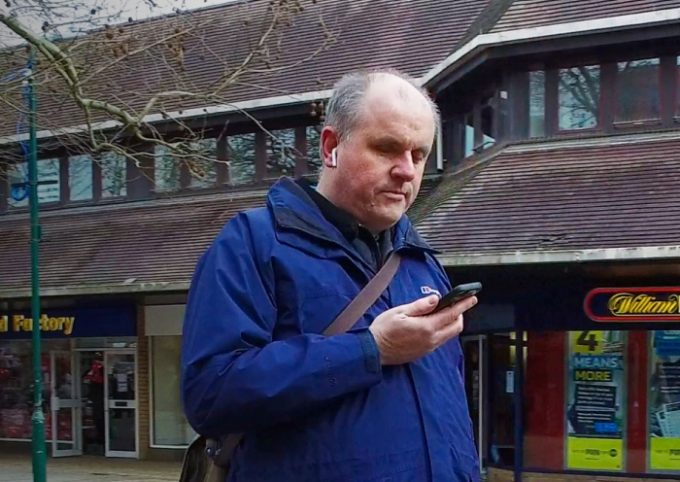 That’s because users will get a steady stream of audio cues in the headset letting them know about beacon for nearby stores, public buildings, or other points of interest. The idea is that they’ll blend into the background without preventing you from hearing other sounds in your environment including people’s voices or passing cars.

The app isn’t designed to replace other navigation tools such as canes, dogs, or other skills that help blind people and those with low vision to get around. But they can help with things that sighted individuals would normally rely on signage for, such as street names and store signage.

When a sighted person walks down the street, they can quickly glance at signs to get a sense of the nearby shops, restaurants, and street names. Soundscape uses audio cues to let people do the same thing even if they cannot see those signs.

Users can create beacons for places they want to know about, but you can also use a “my location” feature to get a description of your current position, “around me” to find nearby points of interest that may not have beacons, and “ahead of me” to find out what’s in front of you based on the direction you’re facing.

Soundscape uses 3D audio so that you can get cues as to the direction of a beacon. And since Soundscape is designed to run in the background you can use it along with other apps including GPS navigation, or while listening to music, podcasts, or audiobooks.