The next version of Microsoft Windows won’t be called Windows 9 or “threshold.” It’s Windows 10.

The software company’s vision for its next operating system is a single OS that runs on a wide range of devices including phones, tablets, laptops, desktops, and PCs. In some ways, it’s Windows One… with a zero after the one. 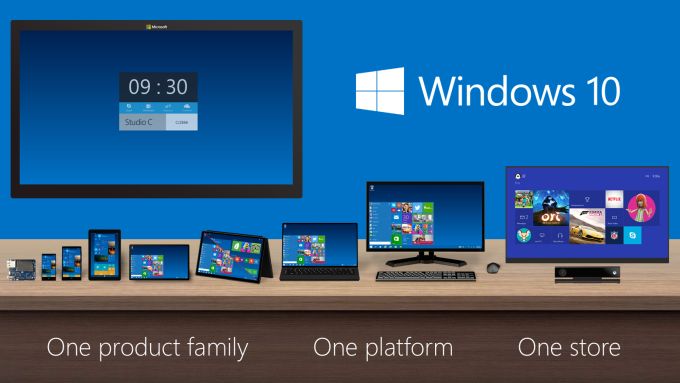 Microsoft already offers software for each of those platforms, but the company has been working to bring Windows Phone, Windows RT, Windows, and the Xbox operating system closer together.

With the launch of Windows 10, there’ll be a single Windows Store with apps that can run across each of those platforms.

As expected, the new version of Windows won’t look the same on desktops and tablets. Desktop users will have access to a Start Menu and other features that may not be available to folks using tablet-only devices.

Microsoft revealed the new name for the next version of Windows at an event in San Francisco where the company talked about features of its next operating system that are aimed at enterprise and power users.

Microsoft’s Joe Belfiore says the operating system will combine the familiarity of the Windows 7 user interface with some of the features of Windows 8. For instant the new Start Menu combines a traditional-looking menu on the left (along with a search bar at the bottom) with live tiles on the right which show big icons, graphics, and up to date details about weather, appointments, messages, and more. 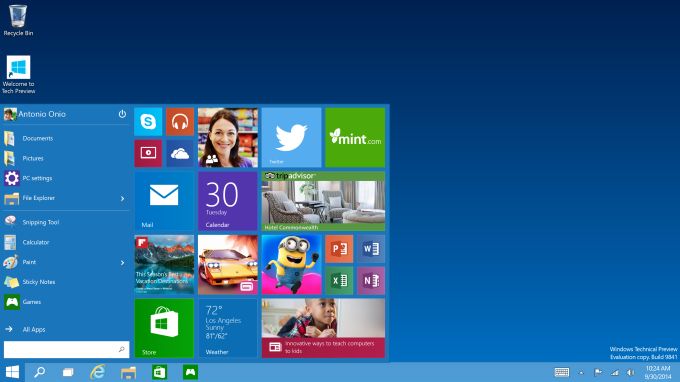 Tiles can be resized, and Windows Store apps can run in full-screen, in small windows, or you can snap them to the side of the screen to run multiple apps side-by-side. In other words, when you’re running “Modern” apps on the desktop, they’ll look a lot more like traditional Windows apps so that Windows 10 won’t feel as much like 2 separate operating systems as Windows 8 sometimes does. 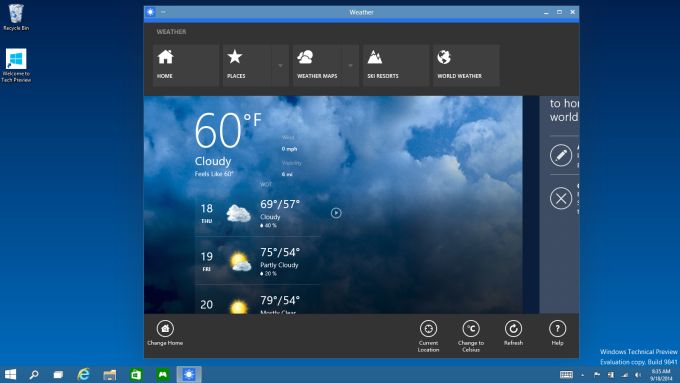 There are also toolbar buttons on these apps, letting you close, resize, or minimize Windows Store apps the same way you would with traditional Windows apps.

Microsoft is also adding a new feature called “Task view.” Hit an icon in the taskbar and you can see all of the currently running apps… and desktops. There’s support for virtual desktops or workspaces in Windows 10. The view looks a lot like Exposé or Mission Control. 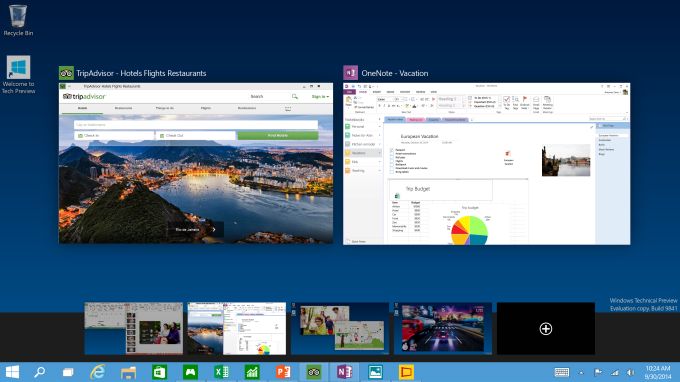 Did I mention that today’s event is geared at enterprise and power users? Microsoft has also improved command prompt functionality. You can now use Windows shortcuts including Ctrl+c and Ctrl+v for copying and pasting.

There are also new touchscreen features — including the ability for Windows to detect when you’re using a 2-in-1 tablet as a touchscreen tablet and when you’re using it as a notebook. This’ll let you use the full-screen Start Screen in tablet mode and the Start Menu in notebook mode, for instance. You can also use gestures such as swiping from the left side of the screen to bring up Task View.

There will be other events to highlight more consumer-friendly/less enterprise-centric features ahead of the launch of Windows 10. A technical preview of the operating system launches October 1st, 2014, and Windows 10 is expected to officially launch in mid-2015.

To try out the preview, you’ll be able to sign up for a new Windows Insider Program, but Microsoft warns that some of the pre-release builds could be a bit unstable, so you might not want to try running Windows 10 as your primary operating system until it’s closer to launch time.

via The Verge, GeekWire, TNW and Windows Blog