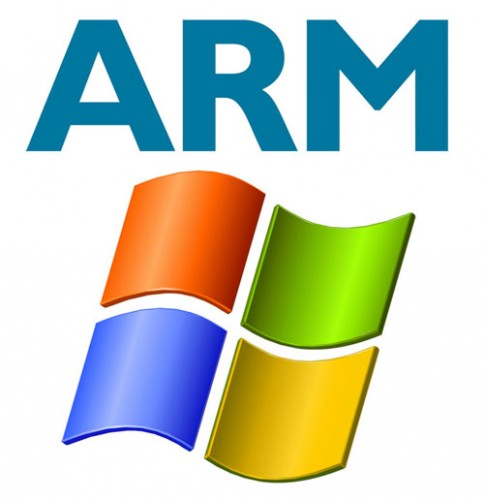 Bloomberg has reported that Microsoft may announce, and perhaps demonstrate (WSJ), a version of their Windows OS for ARM chips at the upcoming Consumer Electronics Show (CES).  While Microsoft is officially not commenting before the official event, it is expected their efforts will target low-power devices and adds support for a range of both ARM and x86 (both Intel and AMD) based chips.

ARM support would be significant for portable devices, as the company’s chip designs provide both a cost and power efficiency advantage over x86 based systems.  This allows for significantly longer battery life and more competitive price points that would finally let Microsoft compete with Apple’s iOS and Google’s Android in portable devices such as Smart phones, Tablets/Slates, and potentially other devices like netbooks.

Microsoft’s long term plans for ARM have been in question since they established a licensing agreement with ARM back in July, but there is no question they are taking development in the ARM device field seriously.  But whether this will be an actual version of  MS Windows, or another variant of their already ARM-compatible Windows CE or Windows Embedded Compact 7 operating systems remains to be seen.

The company has been offering Windows CE-based operating systems such as Pocket PC, Windows Mobile, and Windows Phone 7 for more than a decade, and while these operating systems run quite well on ARM-based chips, they can’t run most apps developed for the desktop version of Windows.

A full OS implementation will likely take at least another two years as they develop the required driver database and go through the normal OS development phases. So in some ways, it seems likely that anything Microsoft would be ready to announce next month would be Windows CE-related. On the other hand, ARM chips have come a long way in the last few years, offering multicore processing and high clock speeds. Maybe it is time for a full-fledged Windows OS that can run on ARM-based systems.