Remember when Windows tablets used to be more expensive than their Android counterparts? Today you can pick up a model with an 8 inch, 1920 x 1080 pixel display, 2GB of RAM, 32GB of storage, and a quad-core processor for just $49.

The Microsoft Store is offering a 1-day sale on Windows tablets, and that includes a NuVision 8 inch tablet with an Atom Z3735F Bay Trail processor for $49.

Want something with a newer/faster processor? You can snag a version with an Atom x5-Z8300 Cherry Trail chip for $59. 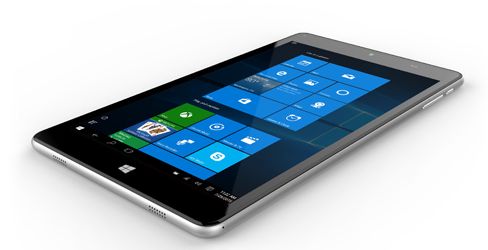 NuVision’s Windows tablets have been among the cheapest you can buy for a while: Microsoft began selling the Bay Trail model for $99 earlier this year, and the price has stayed low ever since.

But during today’s sale you can get the tablet for about the same price as an entry-level Amazon Fire tablet… but NuVision’s tablet has twice the RAM, four times as much memory, a higher-resolution display, and the ability to run desktop Windows software.

That last bit might or might not be an advantage, depending on what you plan to do with the tablet. The Windows Store’s selection of tablet-friendly apps isn’t quite as extensive as the Amazon Appstore, Google Play Store, or Apple’s App Store. And some apps that are available for all platforms work differently on Windows: for example, Netflix recently rolled out support for downloading videos… but only on Android and iOS.

On the other hand, you can stream plenty of videos on the NuVision tablet. Or you can download DRM-free video, DVD rips, or what have you, and play them in just about any video player you choose. And you can plug the tablet into a TV or monitor with an HDMI cable and essentially use it as a cheap Windows desktop.

Here are some of the other cheap tablets and convertible laptops Microsoft is offering today. They’re not as cheap as NuVision’s 8 inch models, but they’re still selling for pretty great prices today only: