Microsoft announced updates across its range of Surface devices today. While previous years have brought mostly modest evolutionary changes, this round of updates brought some major improvements and a few surprises, too.

Let’s start with the Surface Pro 8. Microsoft says that it’s twice as fast the Surface Pro 7 thanks to 11th generation Intel Core processors. Consumer models will run either an i5-1135G7 or an i7-1185G7 while business editions add an i3-1115G4 option. Onboard SSDs range from 128GB to 1TB , and they’re now user-replaceable. That’s great news for anyone who plans on upgrading to a larger drive down the road, but it’s even better news for system administrators that want to be able to remove the drives when the time finally comes to decommission their Surface Pro 8s. 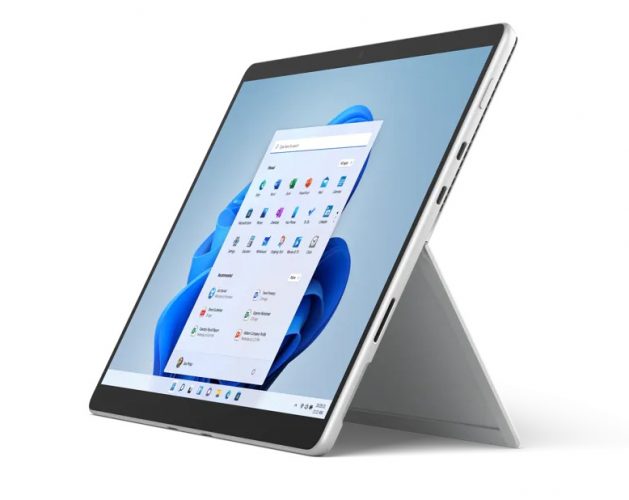 What else is new? There’s an improved display with narrower bezels that allowed Microsoft to stretch it from 12.3 to 13 inches. It also refreshes at a crisp 120Hz and boasts a native resolution of 2880 x 1920 pixels. The Surface Pro 8 also offers Thunderbolt 4 support on its dual USB-C ports. They’ll come in handy when you want to hook up to high-performance external storage, multiple 4K displays or add some gaming muscle with an external GPU.

Microsoft says the battery in the Surface Pro 8 will last for about 16 hours under normal usage. When it’s time for a recharge, it’ll go from zero to 80% in “just over an hour.”

Microsoft has also introduced the Surface Slim Pen. It’s a bit flatter and wider than previous Pens. Since Microsoft managed to make the tablet itself a bit thinner there was also room to add a magnetic tray for the Pen at the top of the slightly-thicker Type Cover — and the overall thickness remains about the same as previous models with the Cover attached.

Consumer editions of the Surface Pro 8 will ship with Windows 11, while businesses can opt for Windows 11 or Windows 10. Pricing starts at $799.

There’s a new Surface Pro X, too. This year’s model has the same Microsoft SQ2 (Qualcomm Snapdragon-based) processor as last year’s model. And it also has has the same The new model features the same 13” 2880 x 1920 PixelSense display as the Surface Pro 8. Its battery is rated for 15 hours, and the tablet weighs in at 1.7 pounds.

One change is that Microsoft now offers a WiFi-only model, with prices starting at $900. 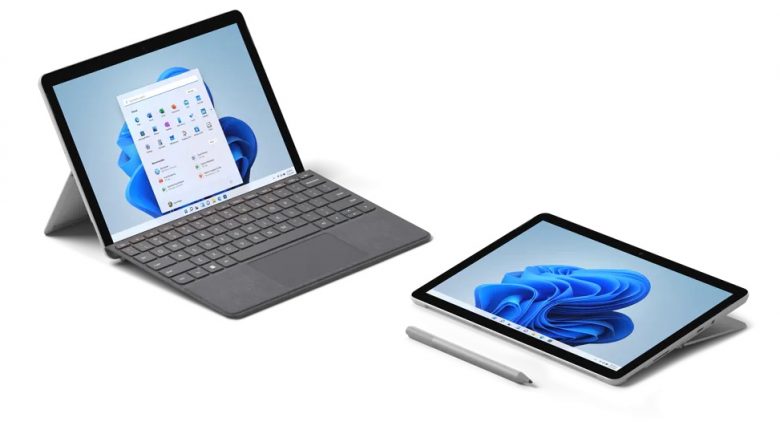 It still brings a micro SD slot for expansion and USB-C (no Thunderbolt 4 like the Surface Pro 8) for peripheral hook-ups. Microsoft pegs battery life at about 13 hours.

Windows 11 will come factory installed and prices range from $400 to $630 depending on the configuration:

As with all Surface tablets though, those prices don’t include optional accessories like a Type Cover (keyboard) or Surface Pen, so you’ll need to budget $100 to $200 extra if you want those items.

Microsoft will also offer models with 4G LTE within the next few months.